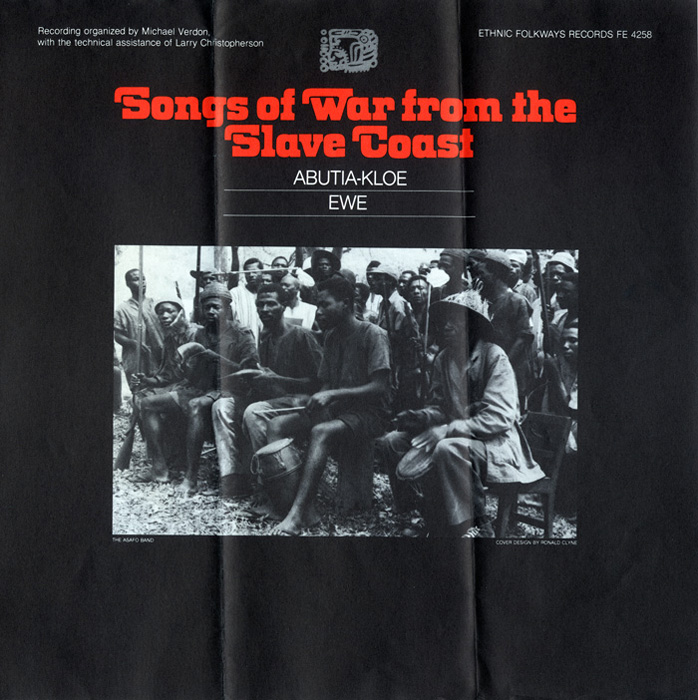 This 1982 release is the first in a two-part series exploring the music of the mainland Ewe people of southeastern Ghana and southern Togo, an area known as the Slave Coast. There are no prerequisites to being a musician in egalitarian Ewe society; if the desire and ability are present, anyone can become a musician. All Ewe music is comprised of drumming and singing, and this first record includes war songs, hunting songs, and songs that praise various religious deities.