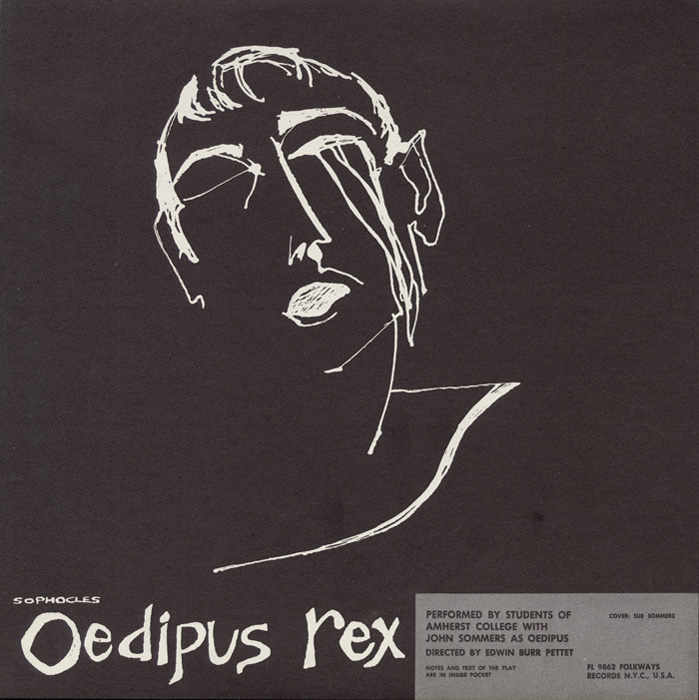 View Cart Custom CD $16.98
View Cart Digital Download $6.98
Student actors at Amherst College perform Greek playwright Sophocles’ great tragedy play Oedipus Rex. Oedipus, played by John Sommers, hoping to end the terrible plague on the city of Thebes, sends his brother-in-law, Creon, to seek the advice of the god Apollo. Creon is informed that the plague will be lifted when the murderer of the previous king, Laius, is found and prosecuted, thus setting into motion a chain of shocking revelations and subsequent tragedy. The complete script of the play is included in the liner notes, preceded by an introduction written by Sommers.