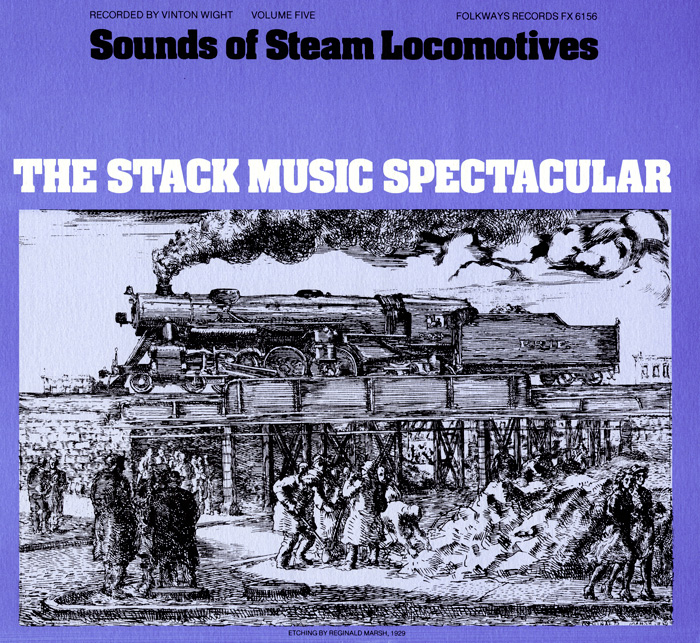 This “spectacular” collection of sounds of Steam Locomotives was recorded in 1976 by Vinton Wight. Unlike the previous volumes in this series, this compilation seeks to capture unusual sounds produced by the locomotives: “They are spectacular because of the unusual situation, the condition of the terrain, or the unique power that is used.” The liner notes detail the unusual aspect of each track.