Sounds of Steam Locomotives, No. 2: Stack Music Sampler; or Make Up of a Train 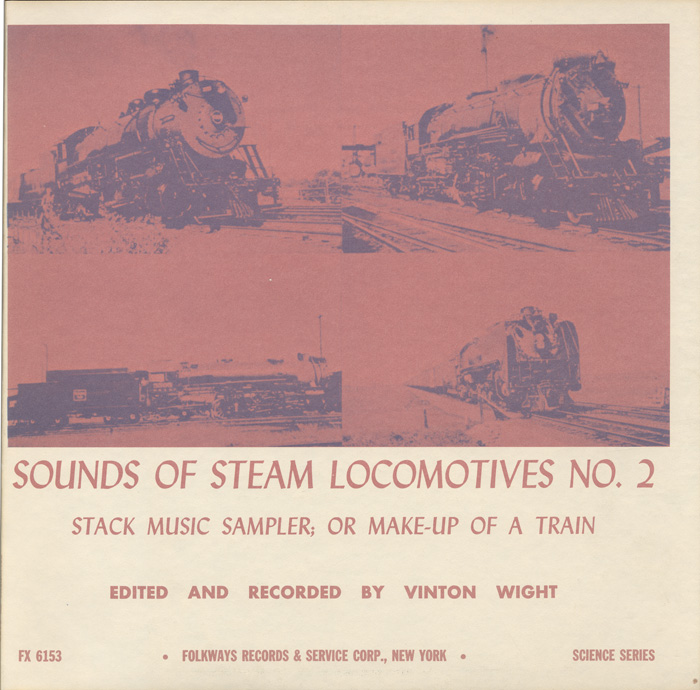 In 1957 Vinton Wight recorded and collected the sounds various different Steam Locomotives. He explains that “Stack Music” is “that delightful sound caused by super heated steam, exhausted from the cylinder, through the stack of a locomotive.” Other sounds include the wheels clanking on the tracks, bells ringing and other engine sounds, all of which create an interesting rhythmic listen. As Wight says of train sounds: they can be “soft and soothing” or “loud and commanding”; a sort of “symphony”. Liner notes include information on each train and a biography of Wight.