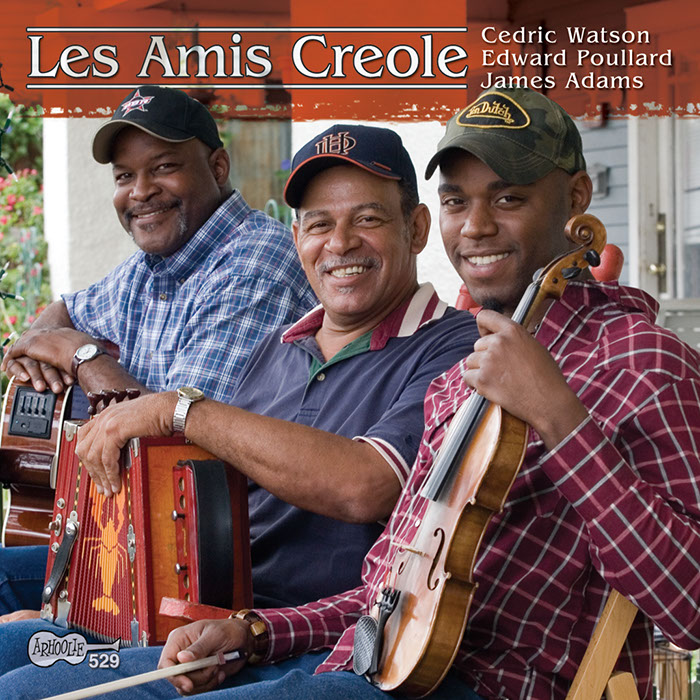 Les Amis Creole (The Creole Friends) are three black Creole musicians from southeast Texas. Led by accordionist and fiddler Ed Poullard, the trio (James Adams on guitar and Cedric Watson on fiddle and vocals) pays homage to the music of their Creole heritage. Although a generation younger than Poullard and Adams, Cedric Watson demonstrates that he has inherited the musical spirit of his ancestral Louisiana home. At the time of this recording, Watson was also a member of the Creole band the Pine Leaf Boys. In keeping with the feeling of old-style Louisiana Creole music, the trio was recorded seated in chairs in the home of the Pine Leaf Boys by Joel Savoy, the son of National Heritage Fellow Marc Savoy.