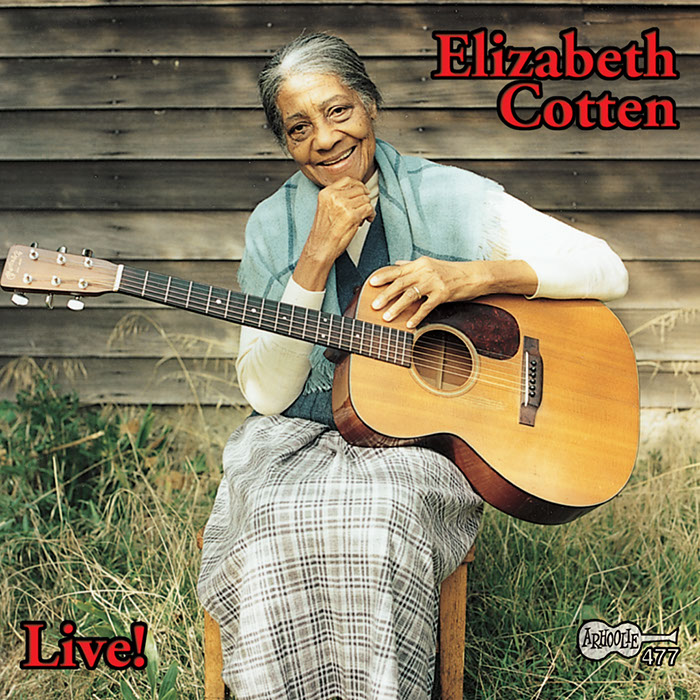 Elizabeth “Libba” Cotten (1893–1987) was an American original. A self-taught musician, Cotten learned to play the guitar left-handed, but she retained the string arrangement for a right-handed player. She is perhaps best known for her song “Freight Train,” which she wrote as a teenager. Cotten did not pursue a music career as an adult, rather supporting herself and family as a domestic. She took up music again while working in the home of folklorist and musicologist Charles Seeger, where she relearned to play the guitar. Home recordings made by Seeger’s son Mike introduced Cotten and her music to the world. She toured with Mike, appearing at the Newport Folk Festival and the Smithsonian Folklife Festival. This collection, her only live recording, was also her last. In 1984, it won the Grammy for Best Ethnic or Traditional Recording.