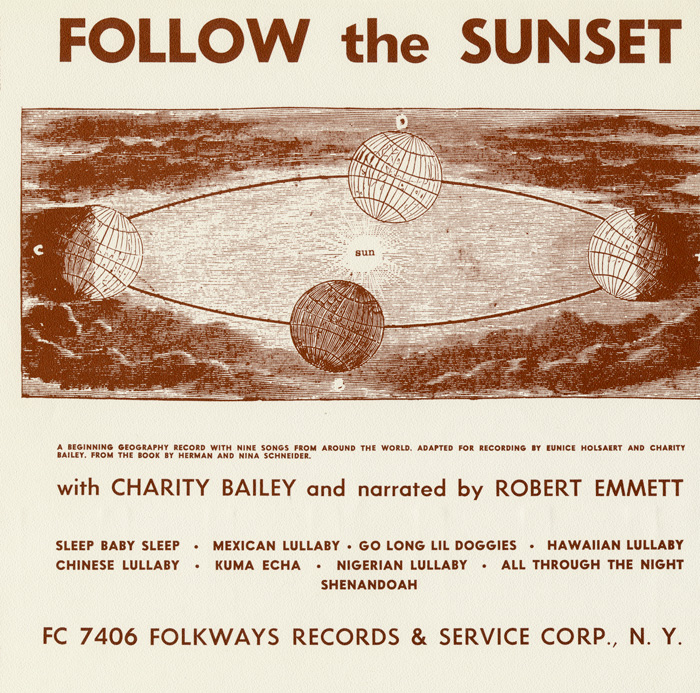 Singer and educator Charity Bailey collaborates with narrator Robert Emmett on this musical introduction to geography for children. The recording is based on the children’s book of the same title by Herman and Nina Schneider. The journey of lullabies begins in the eastern United States and continues around the globe to Mexico, Hawaii, China, Israel, Nigeria, the British Isles, returning to the United States at the end. Lullabies include the traditional American folk songs “Get Along Little Dogies” and “Shenandoah.” A complete transcript of the narrative and song lyrics is included in the liner notes.