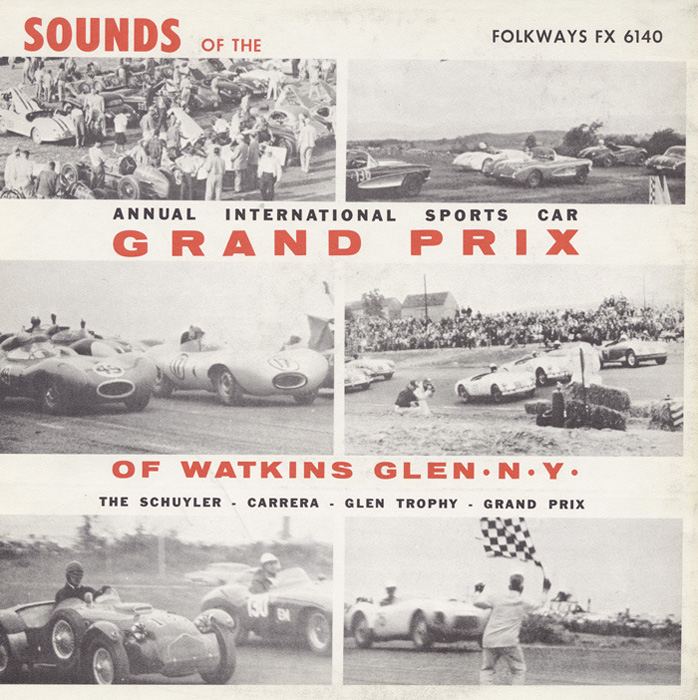 Recorded by Henry Mandler and Robert Strome in 1956 and 1960, this album gives you an idea of what the famous Watkins Glen car race sounded like in the late 1950s. The first part of the album walks the listener through a car inspection with an interview with Gus Ehrman and Lou Comito. The interview includes all the background noise of car engines and chattering people capturing the bustle and excitement of the day. The second part is the most important part, the race itself and as Charles Gellis says (who writes the explanatory liner notes) "ear splitting and soul shaking--- the beautiful music of the race." The liner notes include a history of the Watkins Glen Race and a map of the course.