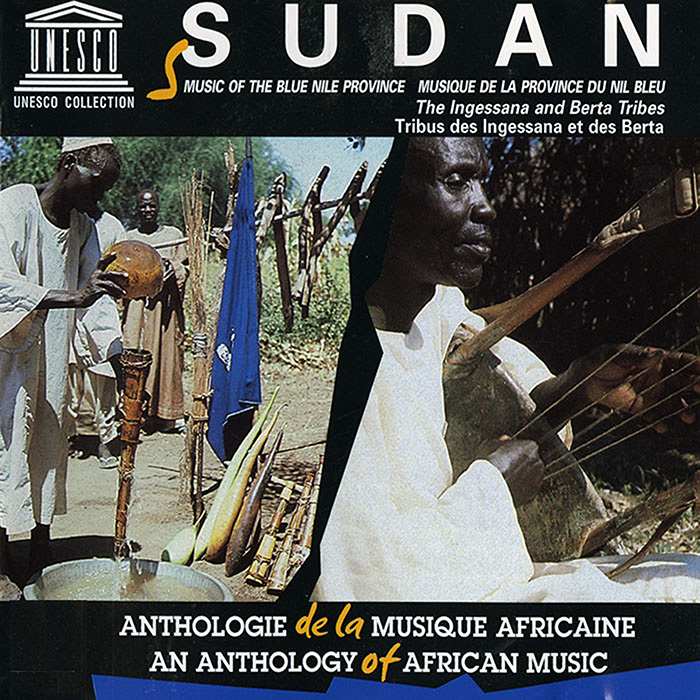 These field recordings, made by Robert Gottlieb in November and December 1980, are of the Ingessana and Berta peoples in Sudan’s Blue Nile Province. Though both groups inhabit the same geographical area, they are culturally very different.

Berta, the largest tribal group in the region, are an Arabicized culture, as evidenced by their dress, social customs, and musical instruments such as the rebab, a type of fiddle. The recordings on this collection include a 12-waza (gourd trumpet) ensemble of the Madbis clan and a 16-bulhu (end-blown vertical flute) ensemble of the Fagwaji clan.

The Ingessana tribe for the most part did not adapt the Islamic faith of other area tribes and retained their traditional music practices. There are four major groups of Ingessana, each with their own dialect, but only two, the Kuluk and Tabi, are represented in this collection. Bal bamboo flutes and janger, a type of lyre, are common among all Ingessana groups, but the repertoire differs by clan.