The Big Drum and Other Ritual and Social Music of Carriacou 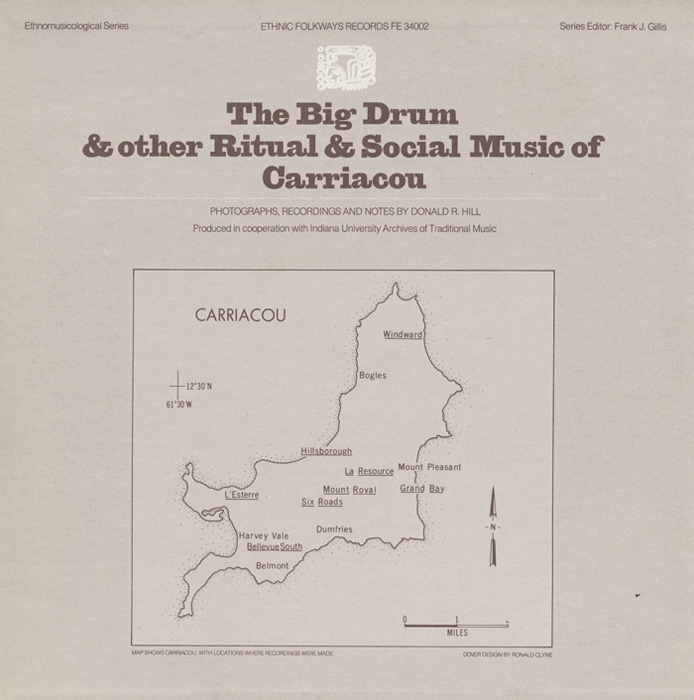 Donald R. Hill overviews the musical scene of the island of Carriacou in the Grenadines, tracing the series of cultural roots branching out to West Africa, Europe, the Mediterranean, the greater Caribbean and, even, North America. Representing the West African lineage, the Big Drum Dance is one of the most significant musical rituals on the island, which is prepared for special festivals such as marriage ceremonies, tombstone raisings, fishing boat launchings and in the case of ill-health or ill-fortune. Meanwhile, carnival calypsos carry their distinctively Caribbean flavor, Christmas serenades include favorite European hymns like “Joy to the World,” and the use of the ballad and quadrille genres reveal specifically British and French presences, respectively.