The Blues You Would Just Hate to Lose, Vol. 1 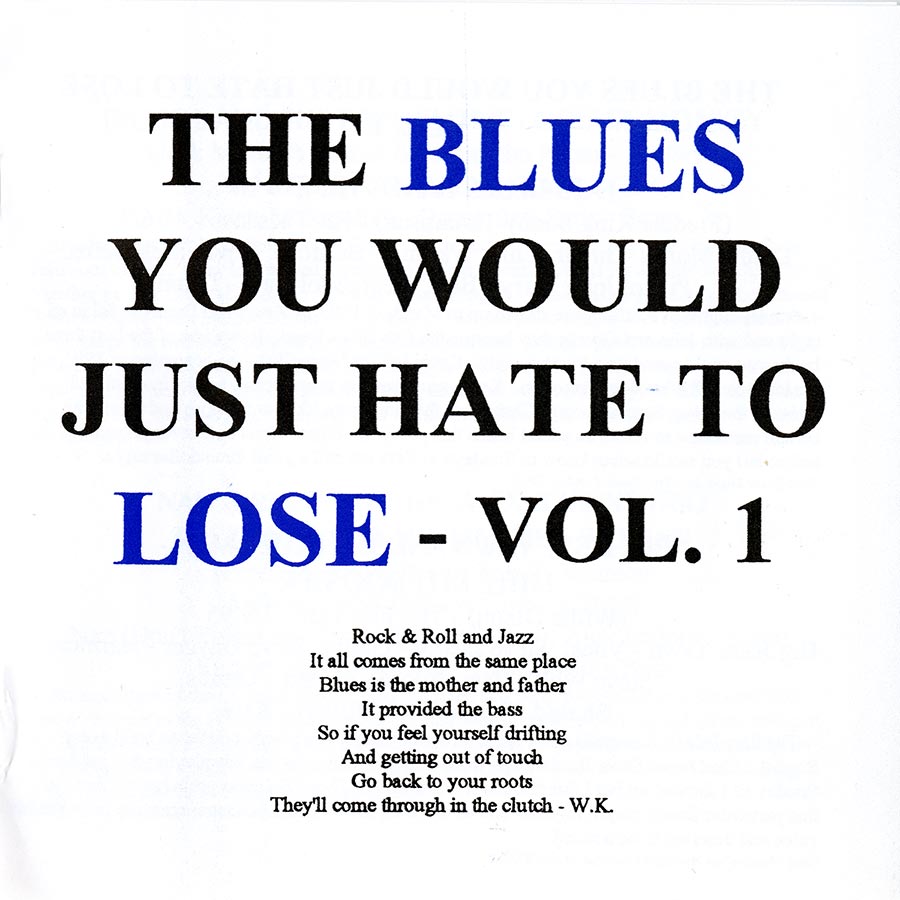 The first release from the Washington, D.C.-based label Right on Rhythm, The Blues You Would Just Hate to Lose, Vol. 1 was recorded by label founder Wayne Kahn at blues clubs throughout the D.C. area. Initially a hobbyist, what would become the twelve tracks of this album were drawn from several hours of Kahn's club recordings, made shortly after a fortuitous lottery selection allowed him the funds for a DAT (digital audio tape) recording set-up. Featured on this record are performances from several national and D.C.-based blues musicians (including later flagship Right on Rhythm artists Nap Turner and Robert Lighthouse), presenting a rich composite of D.C.'s thriving electric blues scene as it existed in the mid-1990's.