The Blues You Would Just Hate to Lose, Vol. 2 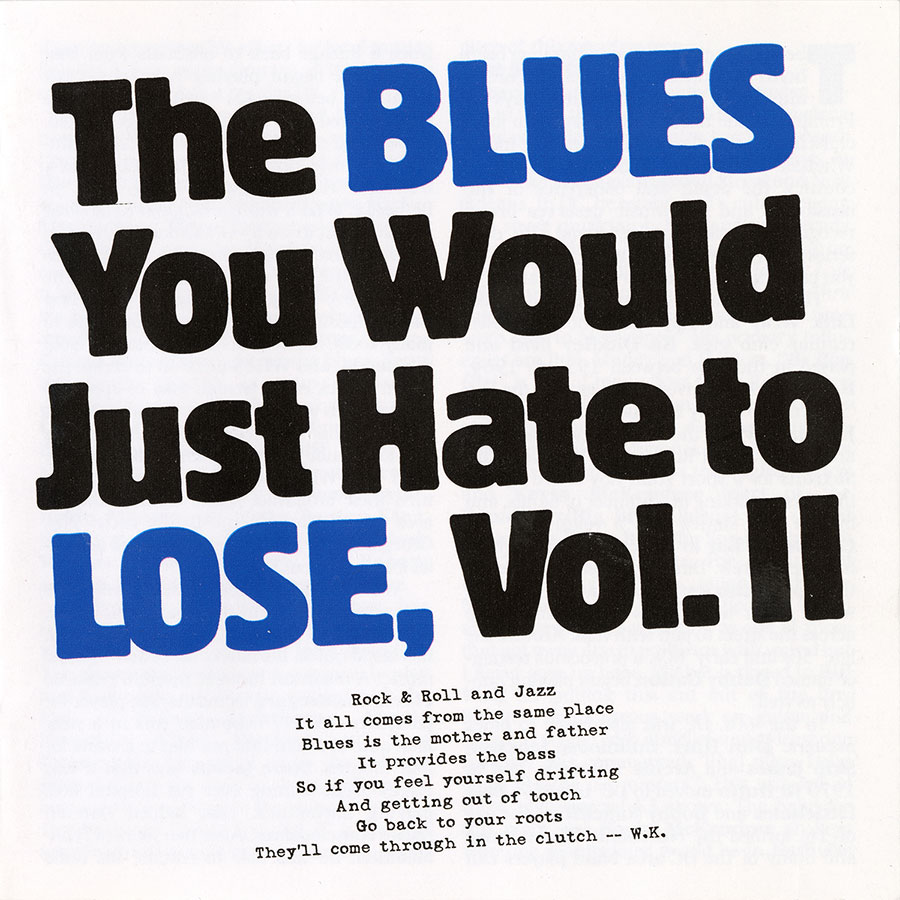 The Blues You Would Just Hate to Lose, Vol. 2 was the successor to D.C.-based label Right on Rhythm's first release and continues the project to showcase the District's wealth of blues talent. Of the thirteen tracks featured on this album, only two are studio recordings, with the other eleven representing live field recordings made by the label's founder in blues clubs across D.C. and Northern Virginia, painstakingly chosen from over 300 hours of recorded audio. Among those included in this release are prominent local names Joe Maher, John Cocuzzi, and Tom Principato, as well as Right on Rhythm frequent contributors the Nighthawks and Robert Lighthouse.