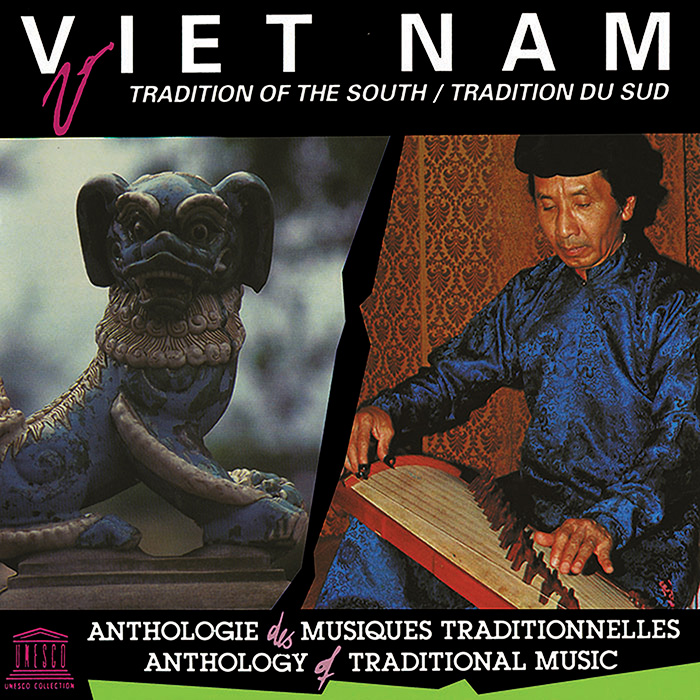 The music presented in this collection is considered to be “entertainment” music, similar to that played in private concerts or on the radio, rather than for religious and ceremonial occasions. The South designation—of historical note, this music was recorded before the political unification of North and South Vietnam into the Socialist Republic of Vietnam in 1975—refers not only to the tradition’s possible geographic origin, but also to the musical modes used.

This recording features the dàn tranh, a 17-string zither with movable frets, and the ty bà lute, as well as a small block of hardwood in the shape of a short cylinder called song lang.Nguy?n Vinh B?o, considered by many to be the finest dàn tranh player of the mid- to late 20th century, performs solo on four tracks and is joined by Tr?n Van Khê on the ty bà for the final two tracks on the recording. The liner notes are written by Tr?n Van Khê, who is both a musician and a musicologist.