The Doukhobors of British Columbia 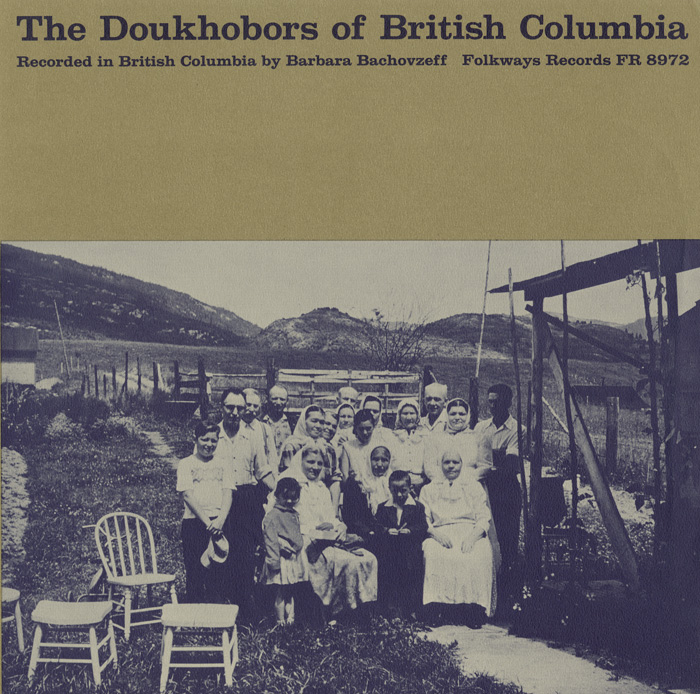 View Cart Custom CD $16.98
View Cart Digital Download $9.99
This album is a collection of field recordings of hymns and folk songs from the Doukhobor communities of British Columbia, Canada. Taking their name from the Russian word dukhoborets, which means ”spirit-warrior,” the Doukhobors are a religious sect that formed in Russia during the 17th century. Because they are a pacifist sect that rejected the clergy, theology, and ritual of the mainstream Russian Orthodox church, they faced a great deal of persecution from the Russian Imperial government, eventually leading them to immigrate to Canada during the 1890s with the help of Quakers and Leo Tolstoy. Many of their descendants live in British Columbia and other parts of Canada to this day. The songs in this album, most of them hymns from various sources that have been passed down orally from one generation to the next, are all sung a cappella by large groups. Liner notes include a brief history of the Doukhobor community with photographs and lyrics of the songs in Russian and English.