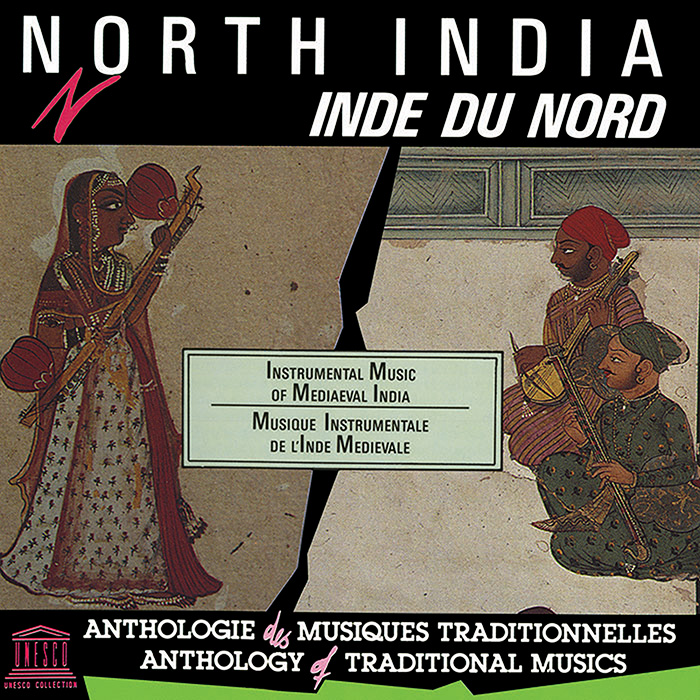 The rudra vina or bin is a plucked zither-type instrument that dates to the seventh century. Translated to mean “the vina dear to (the Hindu god) Shiva,” the rudra vina (sometimes spelled rudra veena) was transformed into a highly sophisticated court instrument during the 16th century. By the 19th century, it began to decline in popularity and has now all but disappeared from Indian classical music.

The artist on this late 20th century recording of instrumental music is Asad Ali Khan, an internationally recognized master of the rudra vina. Khan, who died in 2011, was the seventh and last generation of his family to perform on the instrument, and he was given the honorific title of Ustad in recognition of his music achievements. On this recording of “Darbari Kanada,” a night raga, and “Gunakali,” a morning raga, Khan is accompanied by Pandit Gopal Das on the pakhawaj, a traditional two-headed drum, and Mohamed Saklain on tanpura, a stringed drone instrument.