Virtuosi of the Accordion, Balalaika and Domra (CD edition) 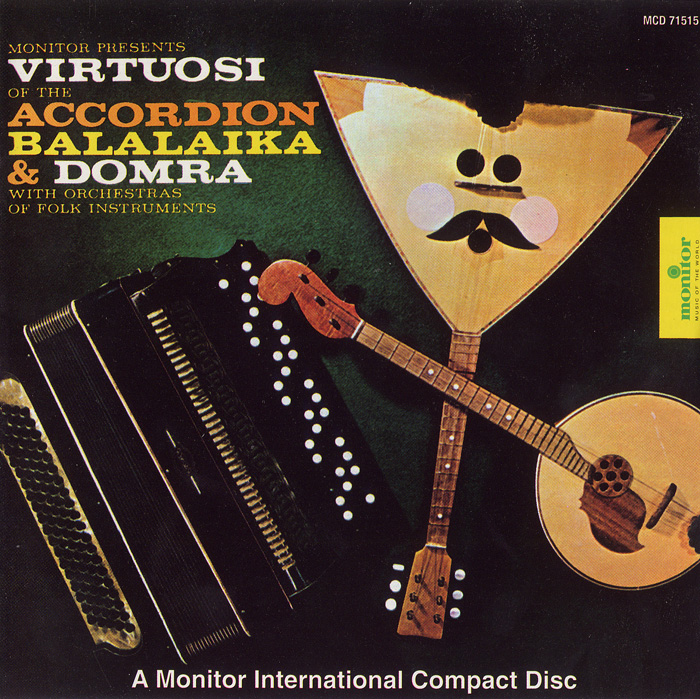 Virtuosi of the Accordion, Balalaika, and Domra, released in 1995, features concertos, suites, and variations performed by several traditional Russian folk orchestras. Ukrainian–born accordionist (or bayan player) Nikolai Chaikin (1915—2000) and Russian balalaika master Yuri Shishakov (b. 1925), both former faculty members at the Gnessin Pedagogical Institute in Moscow, are prominently featured on songs evocative of Russian folk dances and the Volga River. The balalaika, a three–stringed instrument, is featured on the first five tracks. Tracks 6—10 feature the accordion, and track 11 features the domra, also a three–stringed instrument. Brief historical descriptions and details on how these instruments are played are included in the liner notes.