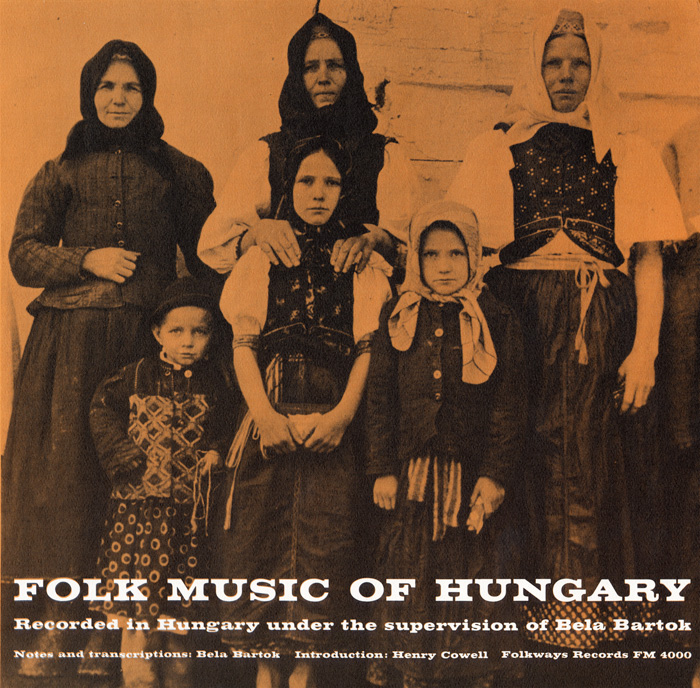 As one of the great devotees and collectors of folk songs, Béla Bartók visited villages throughout Eastern European countries such as Hungary and Romania in order to record local peasants on the spot, "in their natural environment." Nevertheless, for Folk Music of Hungary, which Bartók produced, peasants were brought to Budapest to be recorded at the Hungarian Broadcasting Company. His son Peter Bartók describes the recording as "a great event for these people who had never before seen the city." Hungarian Folk Songs features a capella singing as well as native instruments such as bagpipes and flutes. Liner notes include commentary by Peter Bartók, track notes by Henry Cowell, numerous pictures, musical notation, and translated lyrics.