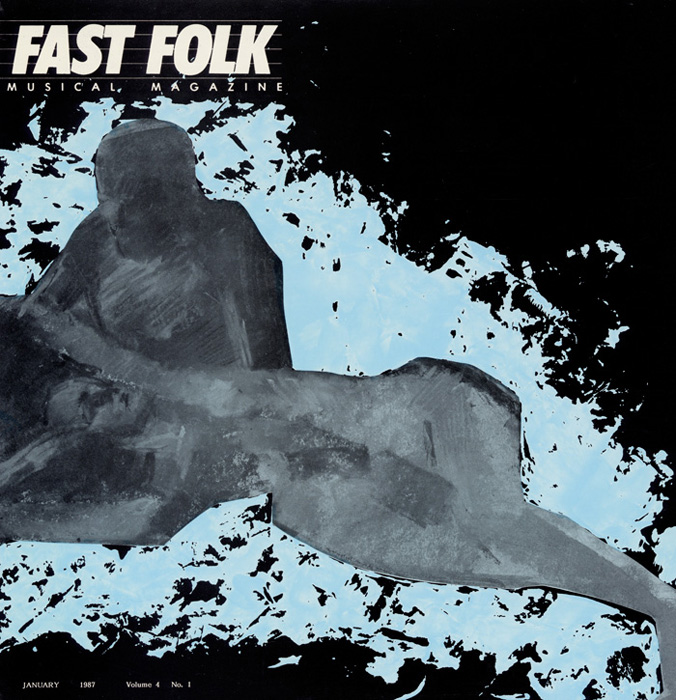 Fast Folk Musical Magazine was formed to serve as an outlet in the promotion of "noncommercial artistic music," also known as American folk music. This edition’s eclectic assortment of music features political songs ("Diamonds of Anger" about apartheid in South Africa and "The Wall" about the burial of a Vietnam soldier), a drinking song ("Three Drunken Maidens"), a song based on a passage from 1 Corinthians ("St. Paul’s Song"), a number about sunning in St. Tropez ("Tania’s Wicked Body"), and a heartbreaking song about teenage prostitution ("Song for Jamie").