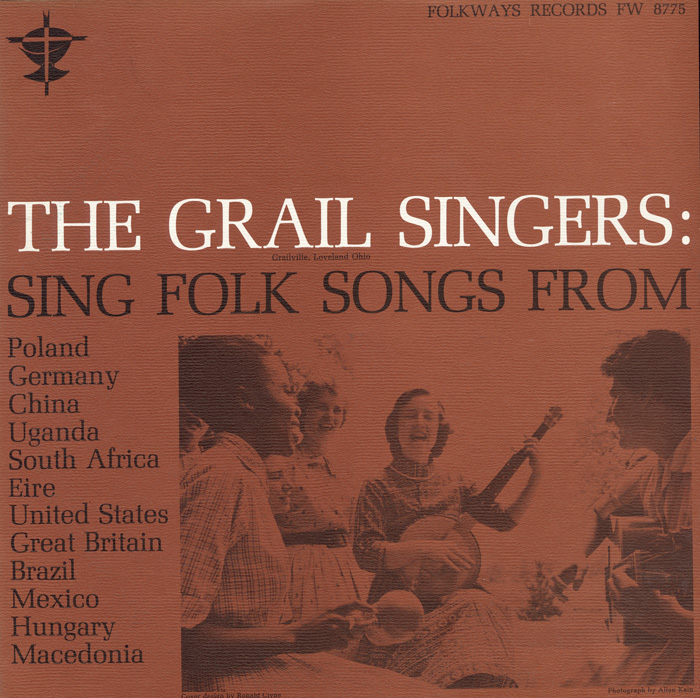 View Cart Custom CD $16.98
View Cart Digital Download $9.99
The Grail began as a spiritual community of Catholic women in the Netherlands in the 1920s. By 1940, a branch had been established in the United States. The American Grail group expanded their membership to Christian women in 1969 and to Jewish women in 1975. This 1959 recording features 21 folk songs from around the world sung in their original languages. The liner notes provide song lyrics in their original language with English translations.