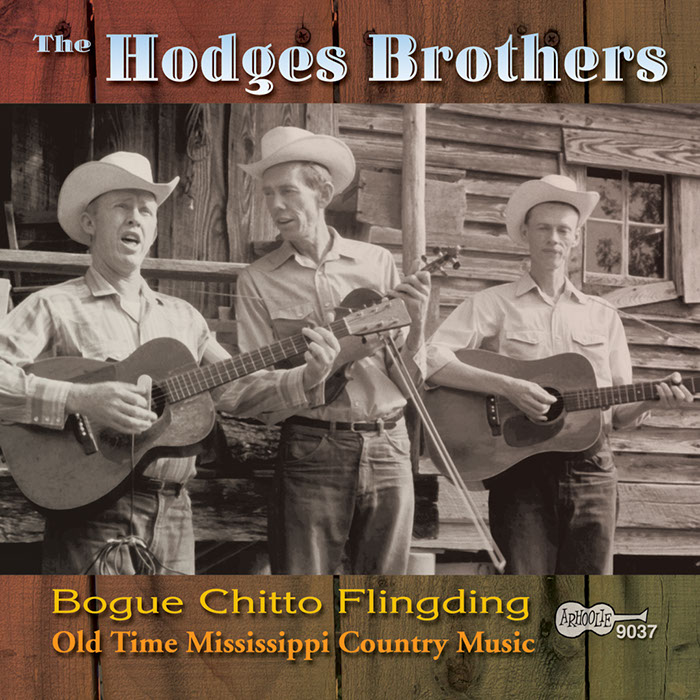 View Cart CD $11.98
View Cart Digital Download $9.99
The Hodges brothers (Felix, Ralph, and James) were born and raised in Bogue Chitto, Mississippi (population 887, according to the 2010 Census). Their repertoire of honky-tonk, old-time country, and rockabilly music is a reflection of their small-town roots. Featuring Felix on fiddle and vocals, the brothers played at local dances and appeared on radio station WAPF in McComb, MS, in the 1960s. This 2013 Arhoolie release includes music recorded during several sessions from the 1960s.