The House Committee on Un-American Activities: Hearings in San Francisco, May, 1960 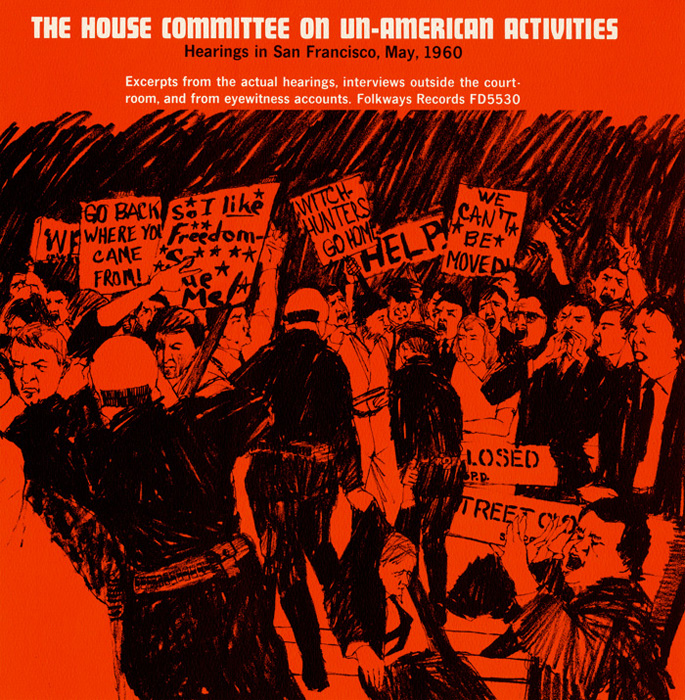 View Cart Custom CD $16.98
View Cart Digital Download $9.99
This 1962 album features excerpts from hearings conducted by the House Committee on Un-American Activities in San Francisco in May 1960. In addition to audio from the hearings themselves, the album also features eyewitness interviews from outside the courtroom, where protests led largely by students turned violent. While many had planned to demonstrate with a peaceful picket line, events soon escalated and police turned fire hoses on protestors. Spoken-word transcripts and copies of newspaper clippings are included in the liner notes.