The Music of the Diola-Fogny of the Casamance, Senegal 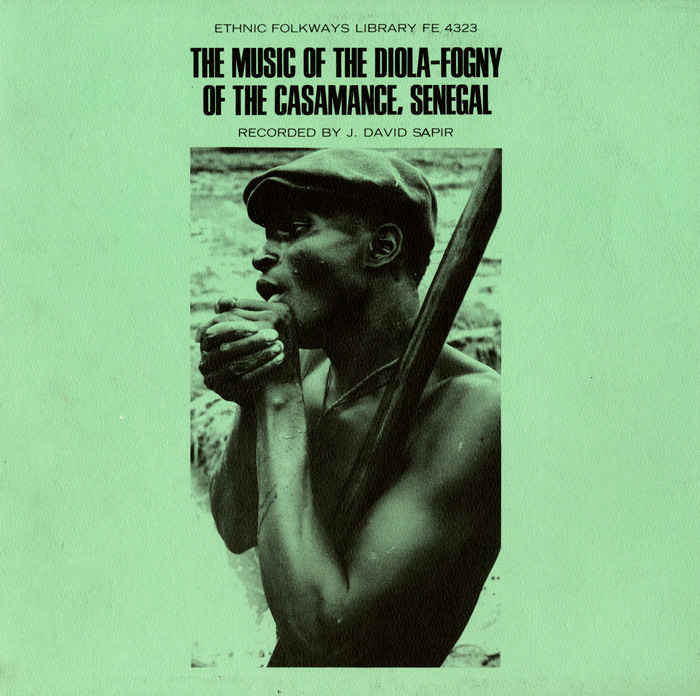 Separated from the northern part of Senegal by the nation of Gambia and involved in a recent low–level insurgency against the Senegalese government, the Casamance region remains culturally and musically distinctive.

This field recording is a journey into the auditory world of the Jola people (Diola in French transliteration). The album includes incidental music, work songs, marriage and funeral songs, praise singing, and spontaneous recordings of a futamp circumcision ceremony recorded from several different positions in the crowd. Many of the musical styles presented here, which were recorded in the early 1960s, remain essentially the same today. Liner notes include photos and descriptions of Jola culture, details of the recording contexts, and annotated lyrics for several tracks.