The Russian Orthodox Requiem and Hymns to the Virgin 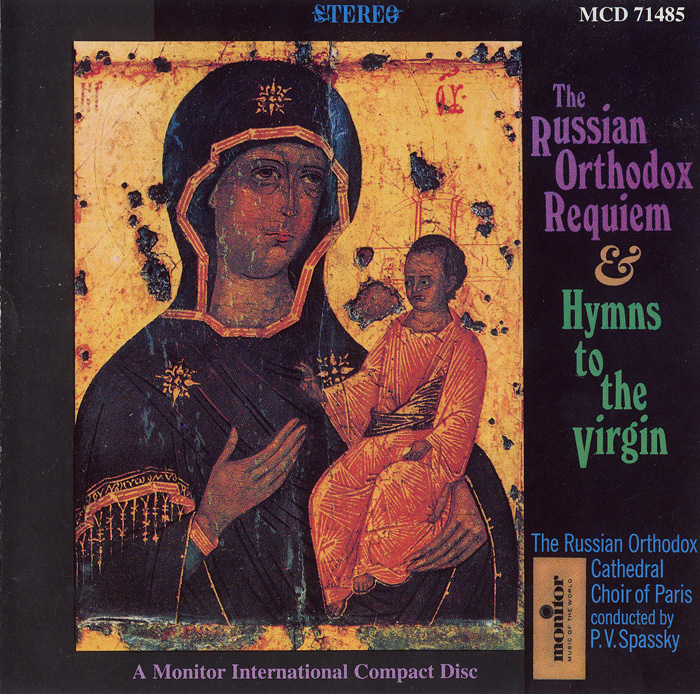 Recorded by the Russian Orthodox Cathedral Choir of Paris, this album features a condensed version of the beautiful Orthodox Requiem, or burial service, written in the 8th century by St. John of Damascus. Composer also of the Hours of Easter, John had a great influence on the Orthodox liturgy. Included on the album as well are a number of hymns to a “very human” Virgin Mary. The liner notes explain the circumstances of John’s beliefs that led to the writing of requiem, and the themes of the hymns.