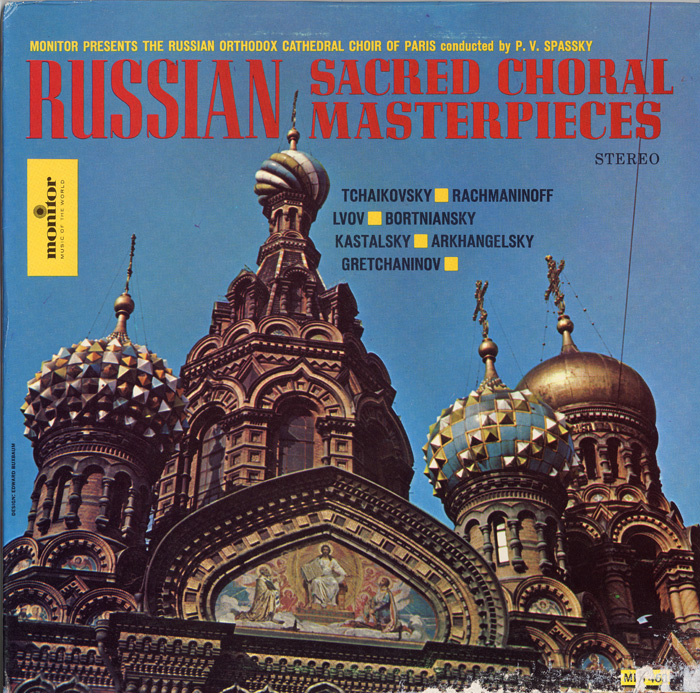 View Cart Custom CD $16.98
View Cart Digital Download $9.99
In the 17th century, Western influences changed the harmonic and rhythmic framework of traditional Russian melodies. Russia's first professional composer of sacred music, Dmitry Bortniansky (1751–1825), “saved Russian [church] music from being swept away before the Western wave,” as the liner notes state. Later composers, such as Tchaikovsky and Rachmaninoff, followed Bortniansky’s methods, establishing liturgical music as a viable art form. The works of all three composers, and others, are featured on this recording. The album showcases the Orthodox Cathedral Choir of Paris, a famous choir that has preserved the Russian liturgical tradition. The collection includes works from the Great Vespers and Divine Liturgy.