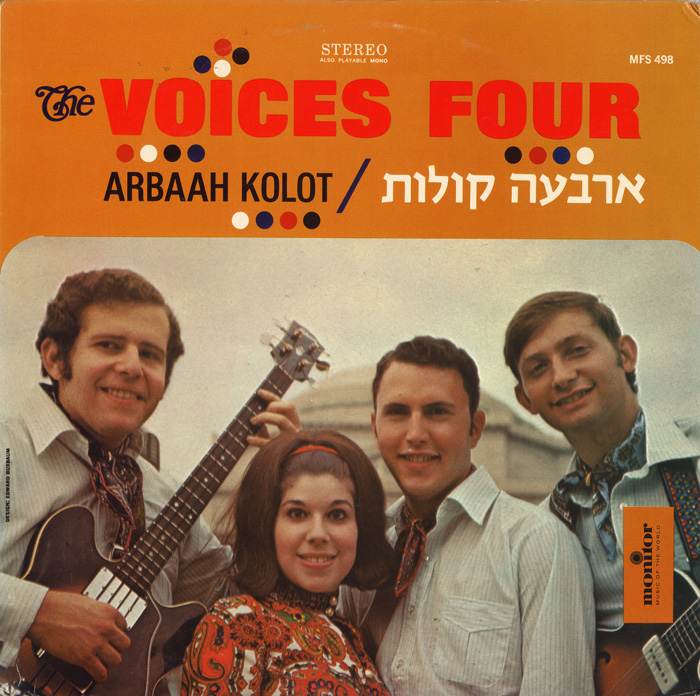 View Cart Custom CD $16.98
View Cart Digital Download $9.99
This 1969 Monitor release is the first recording from The Voices Four, a quartet composed of three men and one woman. Backed by an instrumental ensemble including jazz musician Blue Mitchell on trumpet, The Voices Four sing traditional and modern songs in a style they call “Jewish Soul.” Eight tracks on this collection are traditional Jewish songs of various origins: some are liturgical songs and hymns sung in Hebrew, and others are Hebrew or Yiddish folksongs. Two modern songs, “More”—the theme song from Mondo Cane, a 1962 Italian documentary film—and “The Feeling” round out the collection. Liner notes include a short biography of the band and lyrics in Hebrew and Yiddish.