The Sounds of Jerusalem 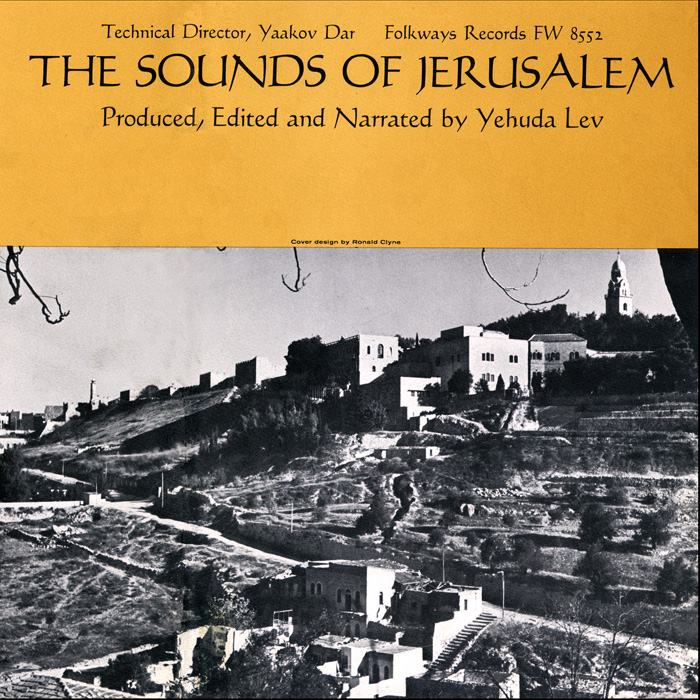 Inspired by Tony Schwartz’ Folkways record New York 19 (FW05558), which features the voices of people in his New York City neighborhood, Yehuda Lev, a news broadcaster and editor for Kol Israel (Israel Broadcasting Service), determined to produce a similar recording presenting the people of his city, Jerusalem. Collaborating with Kol Israel engineer Yaakov Dar, Lev ventured into the streets, capturing a wide variety of the spontaneous and unself-conscious voices of the populace engaged in their everyday activities, along with ambient sounds. In 1959 (the year of the recording) Jerusalem was divided between Israel and Jordan; recording could not be done on the Jordanian side, the “Old City.” (However, Mr. Lev did manage to record one item from a section of the Old City adjacent to the border—a muezzin's call to prayer.)

Because the average listener may lack familiarity with Jerusalem's heritage and geography, Lev includes extended spoken commentary within each track. Liner notes provide additional information, along with some photos and a transcript of Lev's track-by-track remarks.