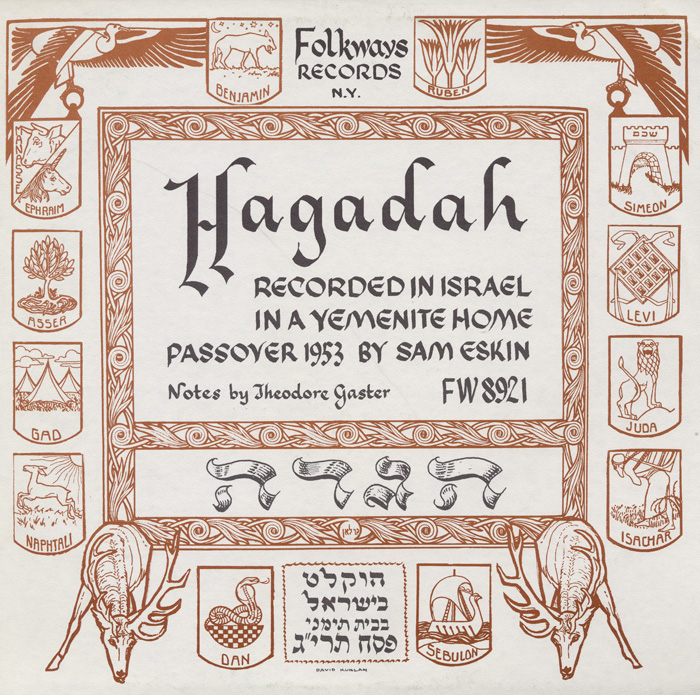 The Jewish holiday of Passover (Pesach) commemorates and celebrates the exodus of the Jews from ancient Egypt. During the traditional Passover meal, the family reads, chants, and sings from the Hagadah, a Seder “guidebook” first formally compiled in the Middle Ages. Every family has its own traditions, however, and this recording documents the Seder as it was celebrated in Jerusalem by a family of Yemenite Jews in the 1950s. Arabic influence is pronounced, and the Yemeni-Jewish Hagadah includes some sections and songs not found in European and American versions, particularly during the final segment of the service.

Liner notes provide background information about the lives of the Yemeni Jews, their Seder, and the Yemeni Hagadah, along with original Hebrew texts and translations.