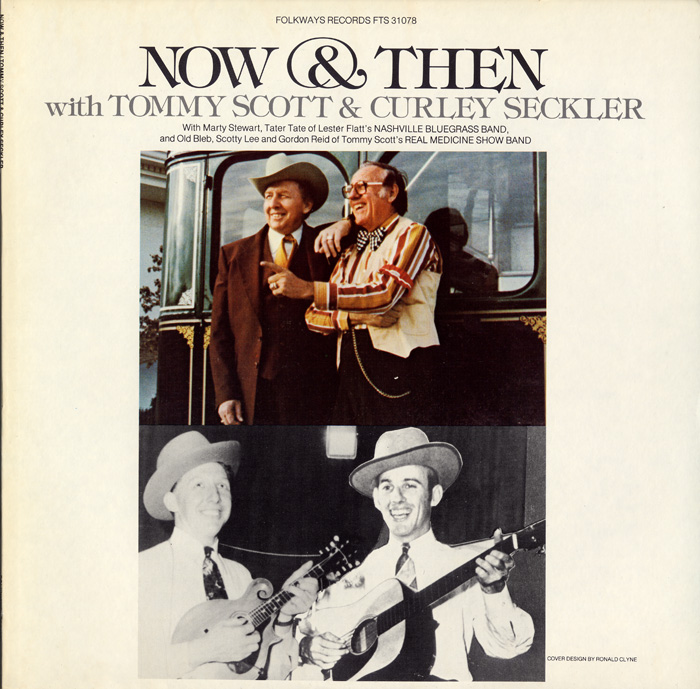 Tommy Scott and Curly Seckler had a deep impact on bluegrass and country music, playing in some of the most important bands of their time. They joined Charlie Monroe to form the Kentucky Pardners, and eventually had success on southern radio stations like WRDW, WAIM, and WSPA. Seckler then joined Lester Flatt and Earl Scruggs, one of the most influential bluegrass bands to ever perform.

Now & Then is the result of Scott and Seckler reuniting after some three decades spent musically apart. It also features a young Marty Stewart playing lead guitar. Stewart has gone on to have a very successful career in country music.

Please note: Seckler’s first name is misspelled as “Curley” throughout the album. The correct spelling is “Curly.”