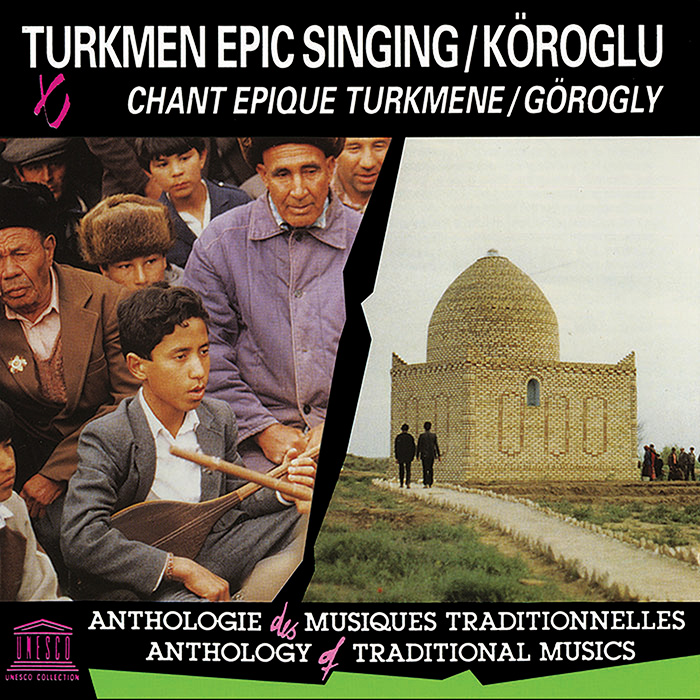 The history of Turkmen music is closely linked with the narration of heroic epics. The ritual recitation of these epics is known as dastan and was the main means of transmission of Turkmen cultural heritage for several centuries, conveying behavioral patterns, elements of daily life, and shamanic and religious customs and beliefs. Those who perform the dastan are known as bakhshi.

The main character in the Köroğlu epic is a legendary hero—evolving over time—who defends his clan or tribe against all dangers. The Turkmen version of the Köroğlu tale consists of 13 chapters, or shahas. According to the liner notes, no bakhshi has known the entire text of the Köroğlu epic, and the performance of the final shaha (Köroğlu’s death) has always been strictly banned. Most of the songs included on this disc are performed by “collectors,” the bakhshi-tirmechi, who do not recite the dastan but sing pieces from different dastan and classical Turkmen poems. The liner notes list the order of the performance and performers.