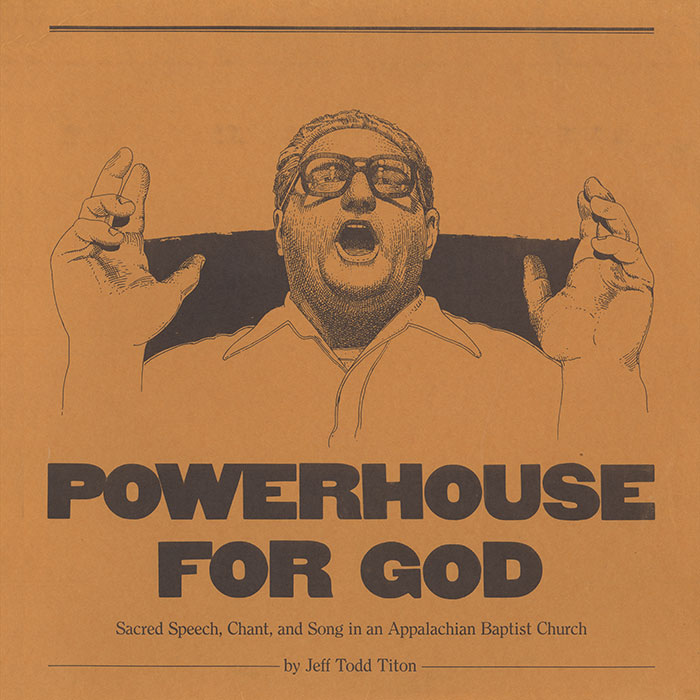 View Cart Custom CD $21.98
View Cart Digital Download $16.97
This two-album set is at once soundscape and the devout voices of a fiery southern Baptist preacher named Brother John Sherfey, his family, and their congregational worship community in the Blue Ridge region of rural Virginia. Remastered from the recordings originally published as LPs in 1982 by University of North Carolina Press, the singing, sermon and oral history heard here were captured in 1977 and 1978 and are a vital slice near the outset of a decade of inquiry by folklorist and ethnomusicologist Jeff Todd Titon. [A book (1988) and film (1989), also entitled Powerhouse for God, are also available.] Two volumes, extensive documentation in accompanying 24-page booklet, with black and white photos.