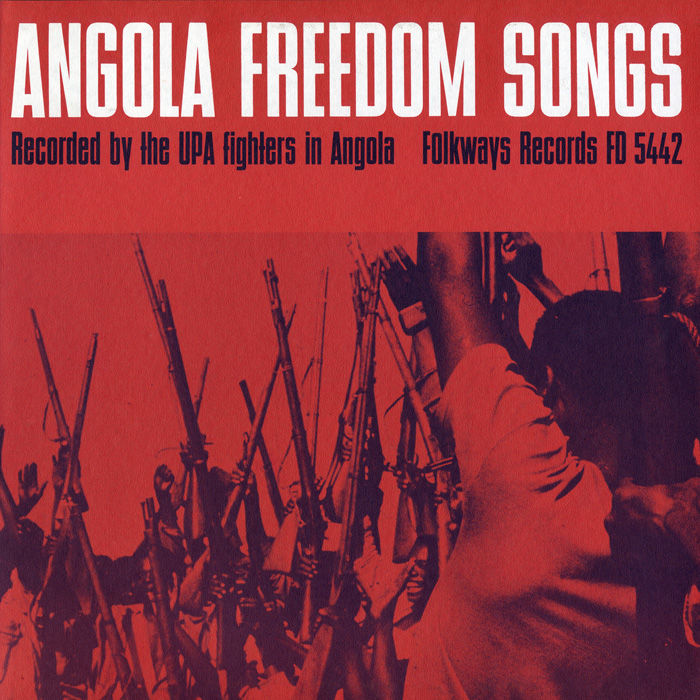 The Union of Peoples of Angola (UPA) began a sustained armed struggle against the Portuguese colonial forces in 1961. This album, recorded in 1962, contains songs from the UPA fighters that proclaim the need to fight against the Portuguese, and to support and join the UPA troops. According to the lyrics to one song, “When we were born / We found Angola under Portuguese rule / We know now it belongs to us.” The album also contains an eyewitness account of what occurred after the recording, offering a unique perspective on recording freedom songs in the middle of a war zone. The liner notes contain background on Portuguese colonial rule in Angola and lyrics translated into English.