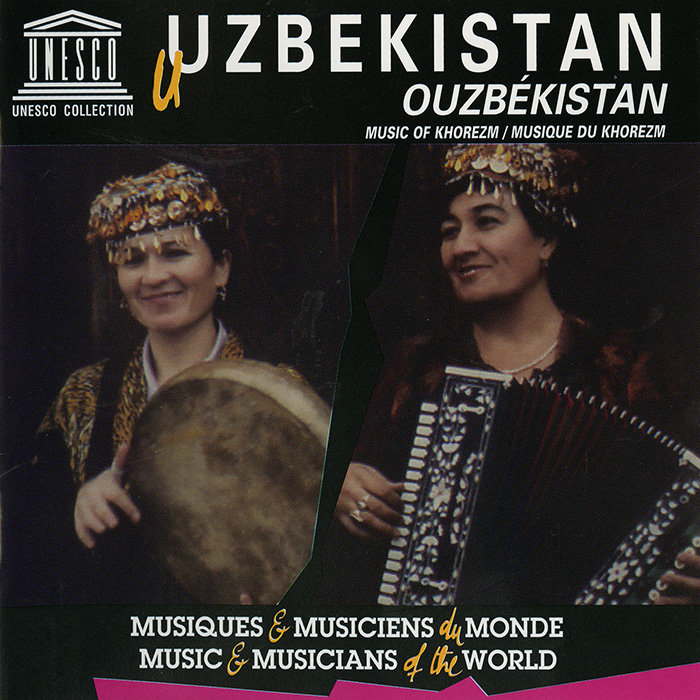 Khorezm, a medieval kingdom located in the heart of Central Asia, is now a culturally autonomous region in the northwest of Uzbekistan. Khorezmians are known for their distinctive traditions of language and oral literature, festivity and celebration, and music and dance. Uzbekistan: Music of Khorezm, recorded between 1991 and 1994, explores the region’s traditional sound world through five distinct musical traditions: oral epic, music by and for women, spiritual songs, classical music, and popular music. The expressive cantillations of epic tales, the rigorous and virtuosic performances of maqam suites, and the spiritual song by a professional mourner (guyanda)—whose intense voice reaches a high point of culmination (awj)—all attest the legacy of the venerable cultural tradition of Khorezm.

Theodore Levin, the compiler of this album, also produced a number of Siberian and Central Asian recordings in the Smithsonian Folkways catalog, including the GRAMMY-nominated Music of Central Asia series.