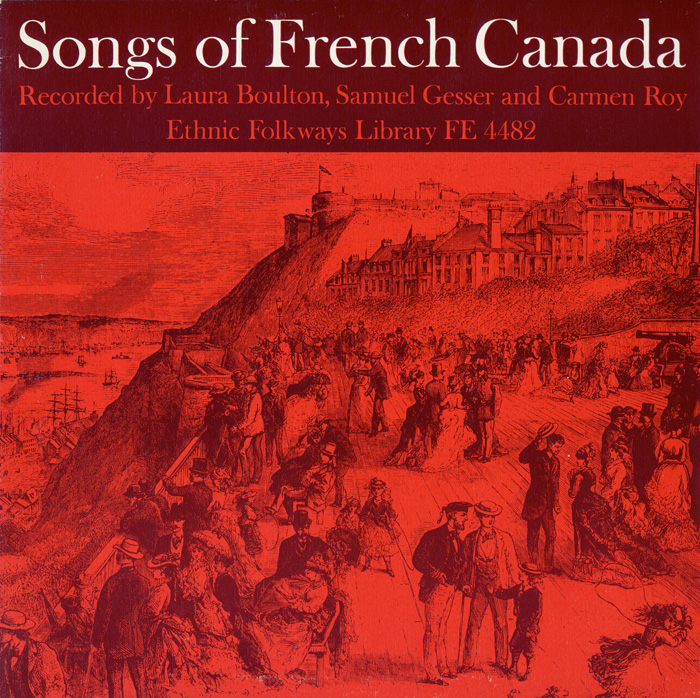 Early French settlers in North America brought with them folk traditions that survived here longer than in France—a pattern repeated among many groups. A quote from the liner notes describes the French Canadian phenomenon beautifully: "One feels that this music, which originated in our land long ago, has been saved all the while as if under a protective blanket of snow." Most of the songs and dances were collected in the field from three counties of the lower St. Lawrence and in the Laurentian hills north of Montreal; one was recorded by Folkways founder Moses Asch in New York City.

Liner notes include an introduction to French Canadian folk songs and lyrics in French and English.