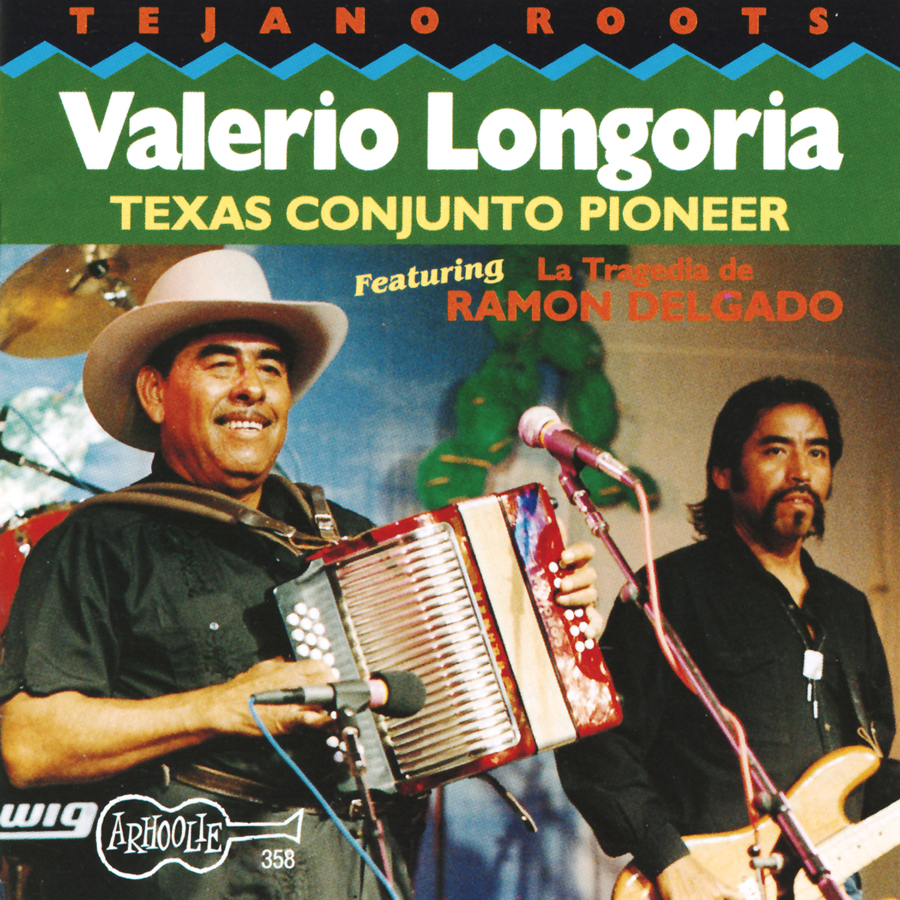 Valerio Longoria (1924-2000) is recognized as a pioneer of Tejano Conjunto music. An accomplished accordionist, Longoria was an innovator in introducing singing to the instrumental conjunto music form. In 1980, he settled in San Antonio where he taught beginner- and masters-level accordion to students. He was designated a National Heritage Fellow in 1986.

This collection of music, recorded over a 40-year period (1951-1990), includes rancheras, polkas, and boleros, a musical style that he helped add to the Tejano Conjunto genre. Of note are his recordings “Ramon Delgato” and “San Quilmas Mas Bendito (Blessed San Antonio),” corridos (ballads) about the struggles of Mexicans and Mexican Americans in the 1920s, ʼ30s, and ʼ40s.