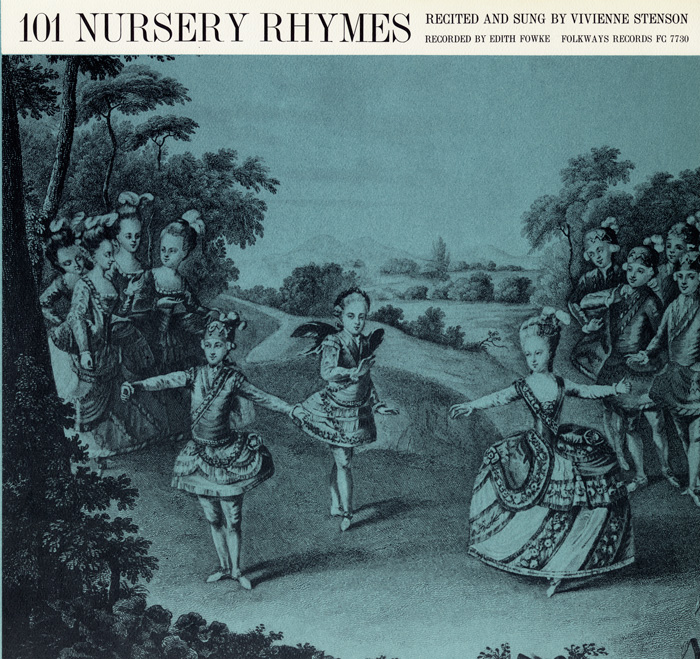 View Cart Custom CD $16.98
View Cart Digital Download $9.99
Most nursery rhymes, as the liner notes explain, were not originally intended for children. Those verses that succeeded in entertaining the little ones were borrowed from ballads, folk songs, riddles, street cries, and other sources, and then they were passed on to the next generation. This collection is made up mainly of rhymes that Vivienne Stenson learned during her childhood in Wales and that were still current in England in the 1950s when the album was recorded. Liner notes include a brief history of the "nursery rhyme" and the text of each rhyme.