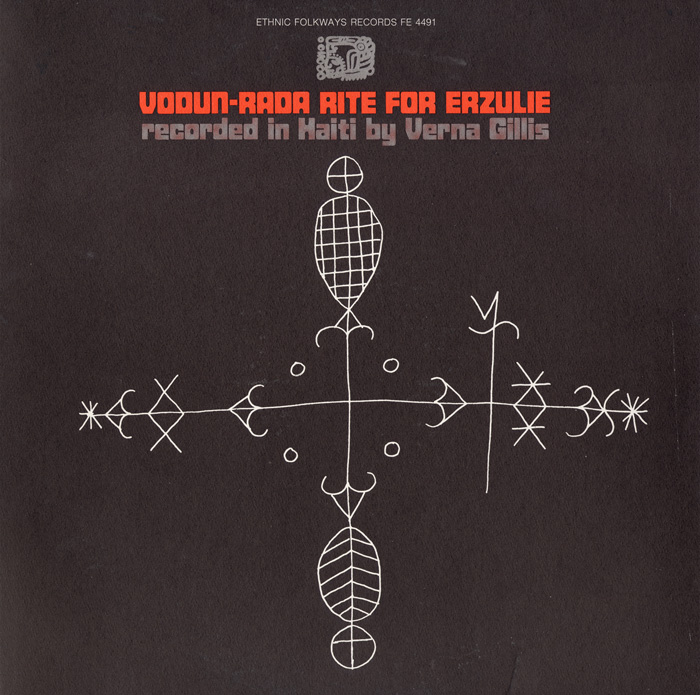 Vodun-Rada Rite for Erzulie is a recording of a vodun religious ceremony. Vodun (or vodoun) is a Haitian religion that blends African beliefs and elements of Christianity. The vodun ceremony invokes and honors loas, the spirits of the vodun, and includes feasts, prayers, animal sacrifice, dance, and music. Ceremonies go on for at least several hours but can last all night; they include dancers becoming possessed by the loa. This recording is of a vodun ceremony for Erzulie, a loa, and was recorded in Haiti in 1975 by Folkways producer Verna Gillis. Liner notes explaining the vodun ceremony include photographs and drawings.