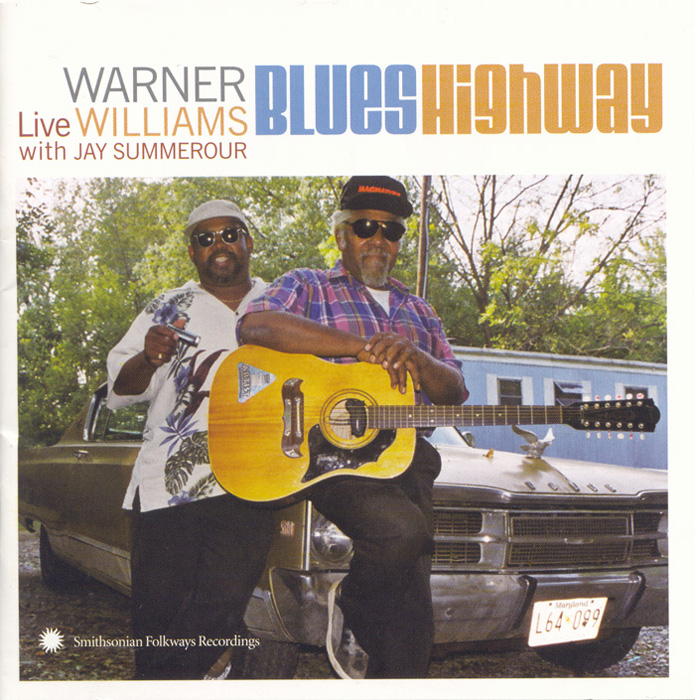 View Cart CD $14.98
View Cart Digital Download $9.99
Guitarist and songster Warner Williams of Takoma Park MD is one of the greatest unsung heroes of the Piedmont blues—an Eastern seaboard style that incorporates fiddle tunes, ballads, country and popular songs, ragtime, and gospel. With a jaunty rhythmic finger-picked guitar style and an eclectic repertoire that ranges from blues to honky-tonk, jazz crooning to children’s songs, Warner Williams is an old-style community entertainer of national significance. He is joined by Maryland native Jay Summerour on harmonica and backing vocals. Together they conjure up an historic Piedmont duo like Sonny Terry & Brownie McGhee as they make their own way on the blues highway. 14 tracks.