The Poems of Heinrich Heine 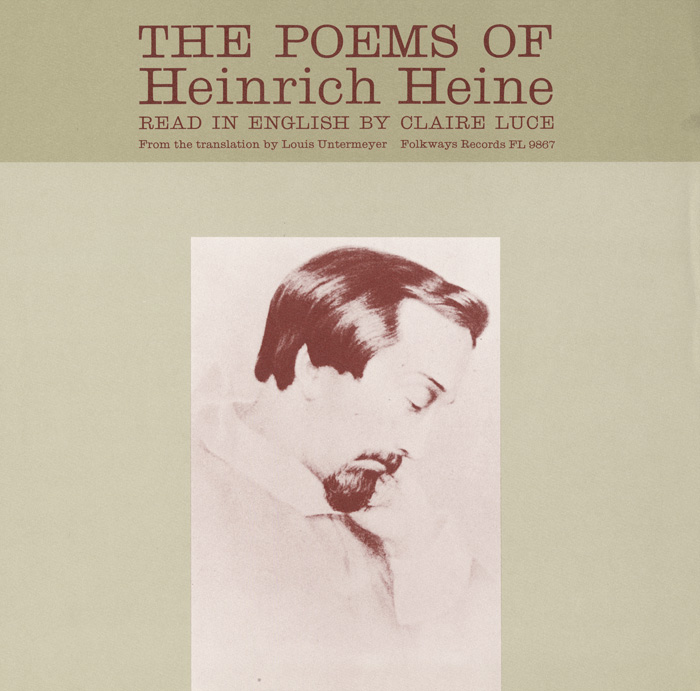 View Cart Custom CD $16.98
View Cart Digital Download $9.99
German writer and poet Heinrich Heine (1797–1856) is best known for the pure lyricism of his poems. Rarely more than a few stanzas, they were written in such a way that each line is filled with emotion and imagery. The poems in this recording are read by the American stage actress Claire Luce. The liner notes include a transcription of each of the poems.