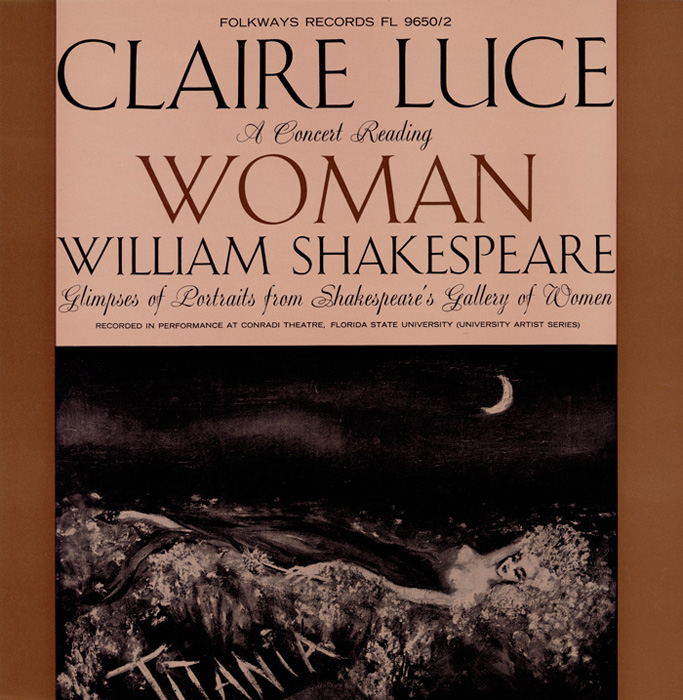 View Cart Custom CD $21.98
View Cart Digital Download $19.98
American actress and dancer Clare Luce (1903-1989) was recorded in 1964 at Florida State University performing scenes from the works of William Shakespeare. The emphasis of her performance was on the many female characters that figured prominently in his plays. Included in her portrayal were Lady MacBeth (MacBeth), Juliet (Romeo and Juliet), Cleopatra (Anthony and Cleopatra), Portia (The Merchant of Venice), Beatrice (Much Ado About Nothing), Katherine (Taming of the Shrew) and King Lear’s three daughters Goneril, Regan, and Cordelia. The liner notes contain the dialogue from the performance.