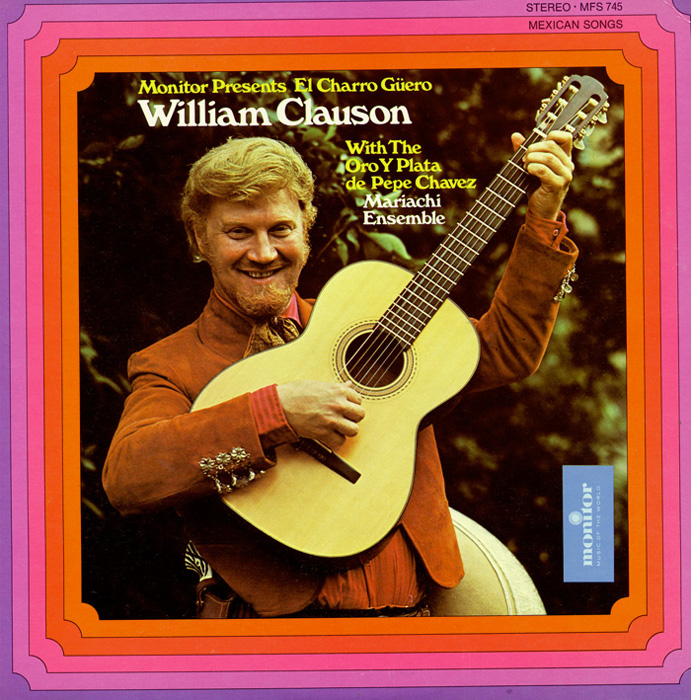 Originally considered to be a regional folk music in Mexico, mariachi music has evolved into a sophisticated music form played by bands composed of violins, guitars, and trumpets. In this 1973 Monitor release, Swedish-American folksinger William Clausson, known in Mexico as El Charro Güero (The Blonde Cowboy), joins mariachi band Oro y Plata de Pepe Chavez in the performance of twelve traditional Mexican mariachi songs. The end result is a vibrant example of mariachi music at its best. Liner notes include brief information about the musicians and the songs.