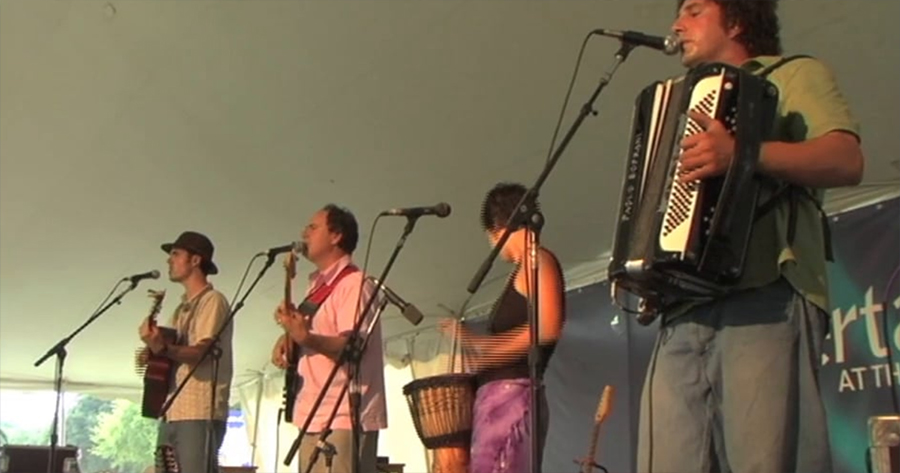 Approximately 30% of Canadians speak French, and these Francophone (French-speaking) Canadians are found across the country. One-quarter of Canada's population are of French-Canadian decent, and many of them can trace their ancestry to the earliest French settlers who colonized parts of Canada in the 1600s. Francophone communities often maintain strong ties to French language and culture, including French music. Allez Ouest is a supergroup of four of the most talented singer-songwriters from Alberta's Francophone community. Here they perform an original love song in the French tradition