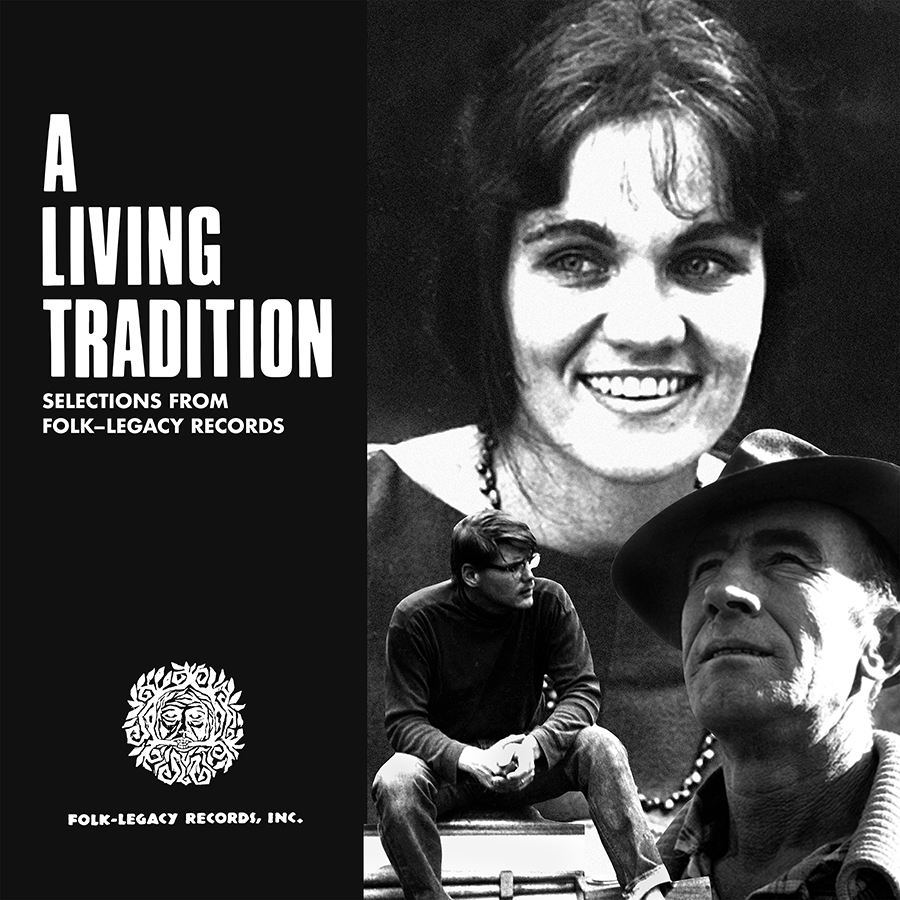 The songs on A Living Tradition: Selections from Folk-Legacy Records offer a small sample of the vast catalog of Folk-Legacy Records, which was started by Sandy and Caroline Paton and their friend Lee Haggerty in 1961. It became an influential label in the 1960s folk revival as well as a community center for those artists and friends who gathered at the label's Connecticut headquarters to share in the creation and performance of folk music. While the label is rooted in traditional music, Folk-Legacy and its artists never shied away from innovation, recording contemporary and political songs as well as fresh versions of old-time classics. The 15-track compilation includes the skillful old-time banjo picking of Hedy West on “Barbara Allen”, the wistful harmonies of the Gordon Bok, Ann Mayo Muir, and Ed Trickett trio on “Turning Toward the Morning”, and Frank Proffitt’s rendition of the old-time standard “Little Birdie”.