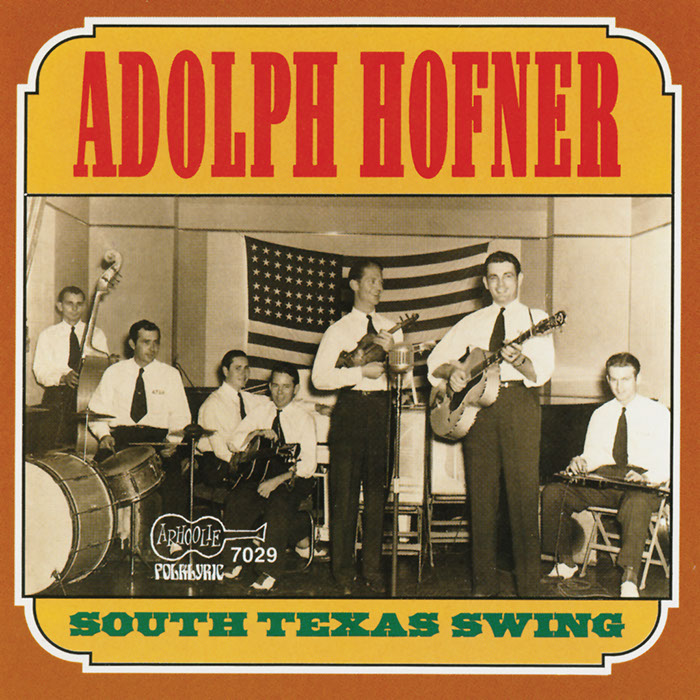 View Cart Digital Download $9.99
Texas swing music is dance music that evolved out of American country and western music in the 1920s. One of the bands that performed in the Texas swing style was Adolph Hofner and his Texans. Formed in the mid-1930s, the band recorded a number of popular songs including “Maria Elena,” “Cotton-Eyed Joe,” and “Alamo Rag.” In the 1940s, the band began to include more polkas in their repertoire with Hofner singing in Czech. The final selection on this album is a radio broadcast from the early 1950s.