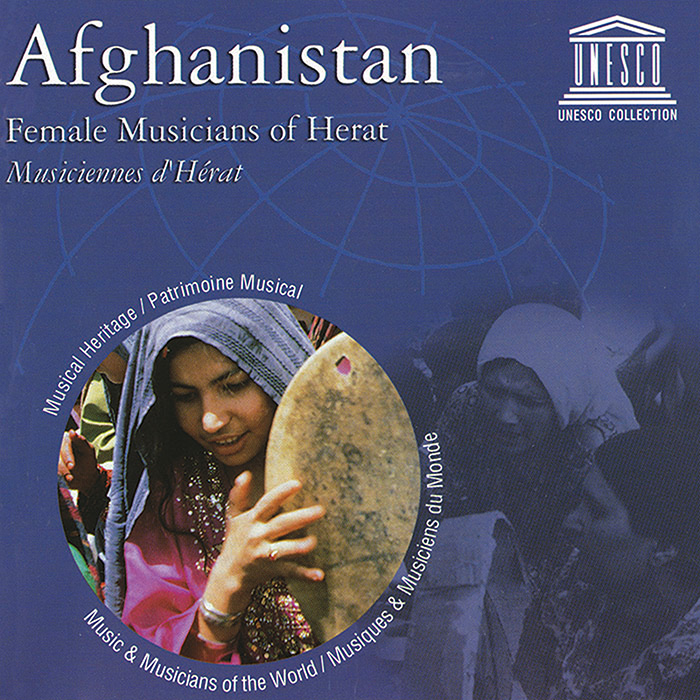 In Afghanistan, gender ideology profoundly affects musical life, as nearly all musical activity is segregated between women and men. Women perform primarily in small groups in domestic contexts, especially at private gatherings, weddings, and other rites of passage. The city of Herat was known for its professional female musicians, who had no parallels elsewhere in the country.

These 1970s recordings of women and children singing love songs, lullabies, and melodies based on traditional quatrains (chahârbeit), accompanying themselves on large frame drums (dâireh), tabla, and Indian portable harmonium, capture a time before the civil wars and ongoing political unrest that severely disrupted Afghani music-making.