More Songs to Grow On 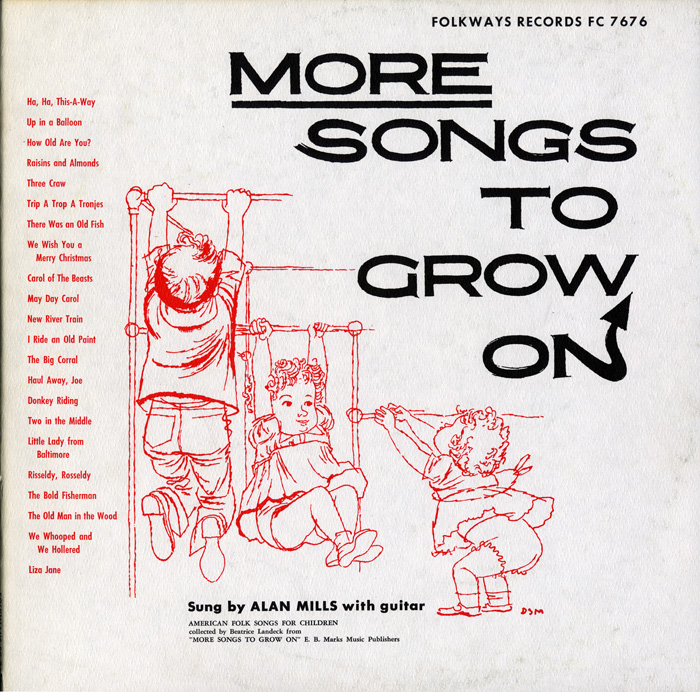 In 1954, music educator Beatrice Landeck, who taught at the Mills College of Education in New York City, complied a book of American folk songs entitled More Songs to Grow On. The 21 songs on this recording were chosen from that book, and they include songs intended originally for adults as well as those clearly for children. Wide ranging in origin and subject matter, the selections range from cowboy songs to Christmas songs to songs of the sea, alongside humorous numbers about animals, male/female relations, etc.

Canadian Alan Mills (1913-1977), who sings with guitar accompaniment, forsook a career in journalism to become a prominent folksinger, actor, and the host of a folk music radio show for children. His singing may be heard on over 20 Smithsonian Folkways recordings for adults as well as for young people.