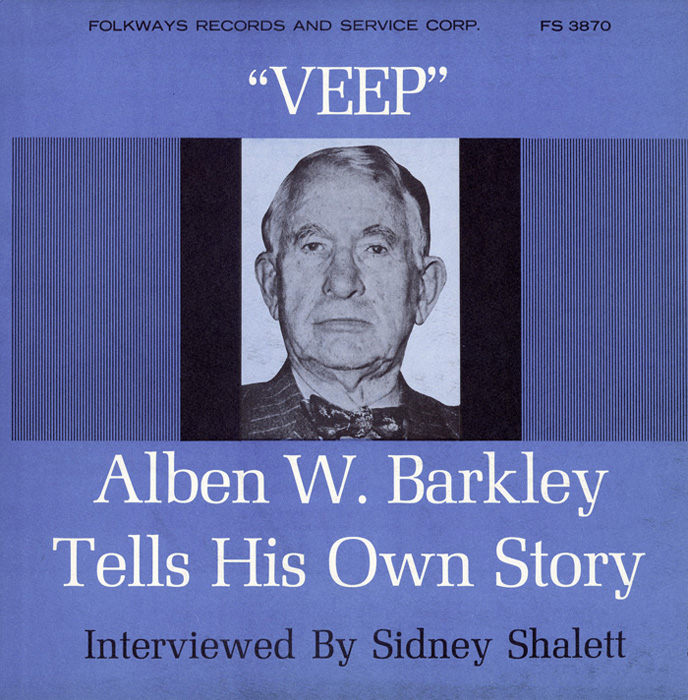 Alben Barkley (1877–1956), Democrat of Kentucky, served as a member of Congress, a Senator, and Vice President of the United States during his political career. Veep is a chance to learn about his life firsthand, as Barkley tells stories of his childhood, early campaigns, and long career in Washington. He relates campaigning with Franklin Roosevelt, his election as Senate Majority Leader, and the origin of "the Veep," a nickname still used for the Vice President. Throughout the recording, made just after he left office, Barkley displays a love of jokes, a genial personality, and a deep loyalty to the working people he represented in Kentucky and the nation.

Liner notes include a complete transcript of the recording.