Christian Poetry and Prose: Selected and Read by Alec Guinness 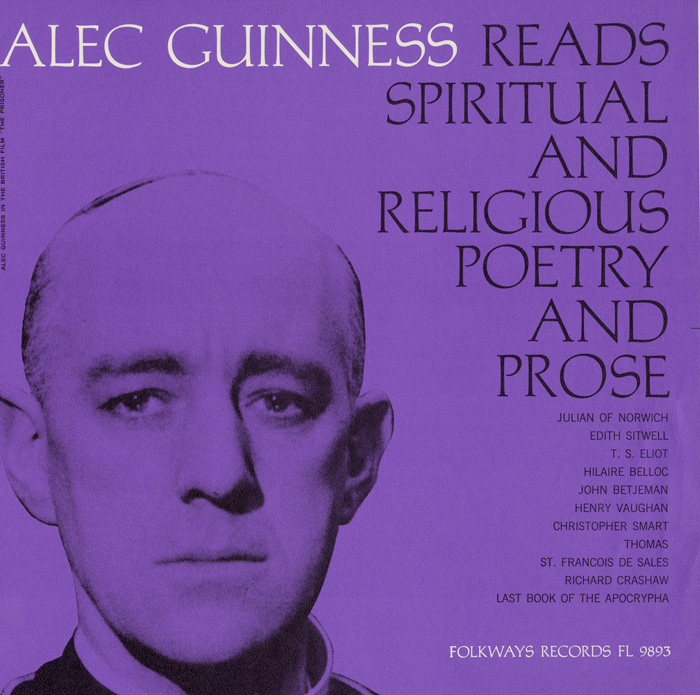 Undoubtedly, preeminent British actor Sir Alec Guinness (1914–2000) is best known for the roles he portrayed in such classic movies as Oliver Twist, Lawrence of Arabia, The Bridge on the River Kwai (for which he won an Academy Award), and Star Wars (Obi-Wan Kenobi).

In this recording from 1961, he reveals another aspect of his talents, as he reads a variety of Christian poems (including two ballads) and prose. The selections span the centuries from the biblical period to the 20th century and include works by Edith Sitwell, T.S. Eliot, and St. Francis de Sales.

One particularly intriguing selection is from the “Gospel According to Thomas,” believed to date from the 4th century AD, although not discovered until 1945 in Upper Egypt, which claims to contain secret sayings of Jesus.

Liner notes provide background information on the selections and complete transcripts for many of them.