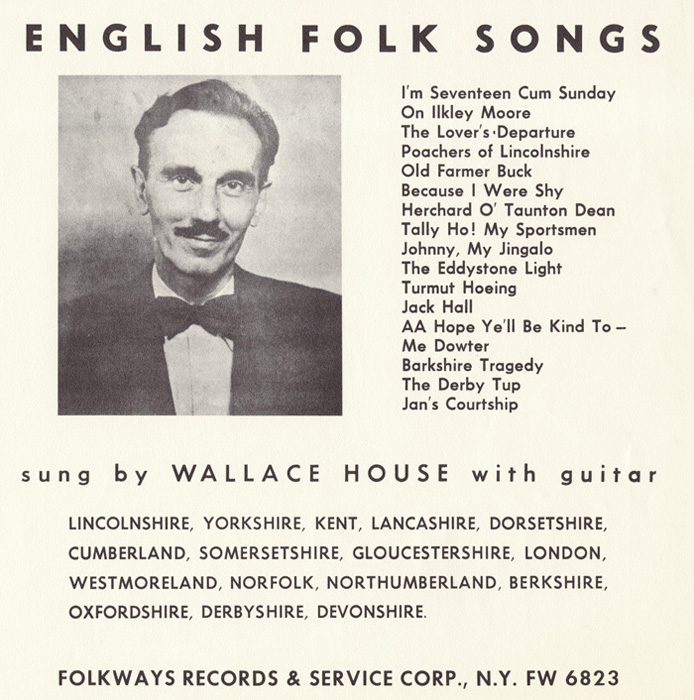 View Cart Custom CD $16.98
View Cart Digital Download $9.99
Wallace House (1900–1983), singer, actor and dramatic arts professor at New York University, was born on the English Channel island of Guernsey. His family moved to Canada when he was nine years old. Growing up he learned many English folk songs from his parents and their friends. As an adult, he traveled throughout England, recording songs and learning the various English dialects spoken in different parts of the country. His linguistic ability enabled him to perform with authenticity local versions of folk songs in the appropriate dialect. Wallace recorded a total of eight recordings for Folkways Records. Liner notes include biographical information and background information and lyrics of each song.