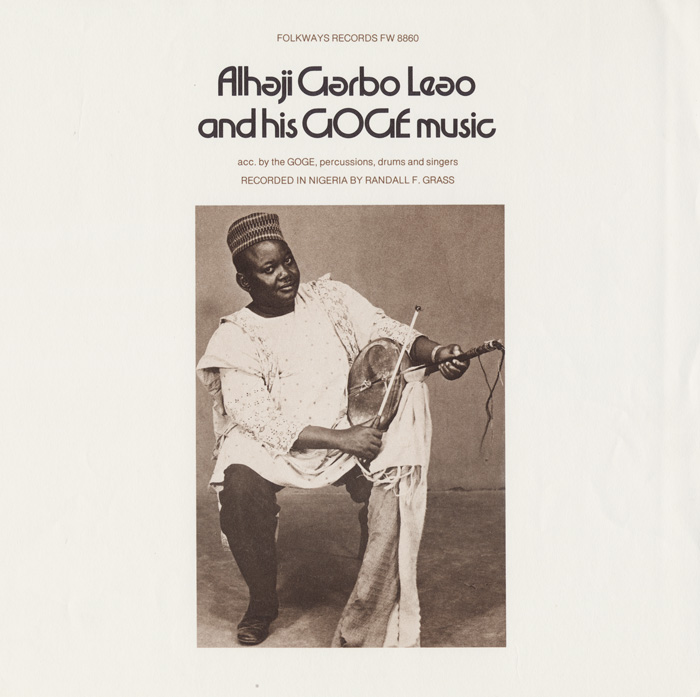 This 1976 recording presents six musical improvisations by Alhaji Garbo Leao, a Nigerian virtuoso of the single-stringed fiddle known as the goge (or goje). Accompanied by a troupe of six singers and three drummers, including the kalangu or “talking” drum, Leao plays an extended dance song and five praise songs. The music follows the tonal patterns of the Hausa language that gives it a verbal as well as a musical meaning. Liner notes include brief background information on Leao and his music. "This recording will interest anyone who likes freewheeling improvisation and may even appeal to those rock fans who appreciate the heavy guitar of Hendrix et al. Alhaji [Leao] can play music as heavy as any of them." -Randall F. Gross