A Reading of Primitive and Archaic Poetry: Arranged by Jerome Rothenberg 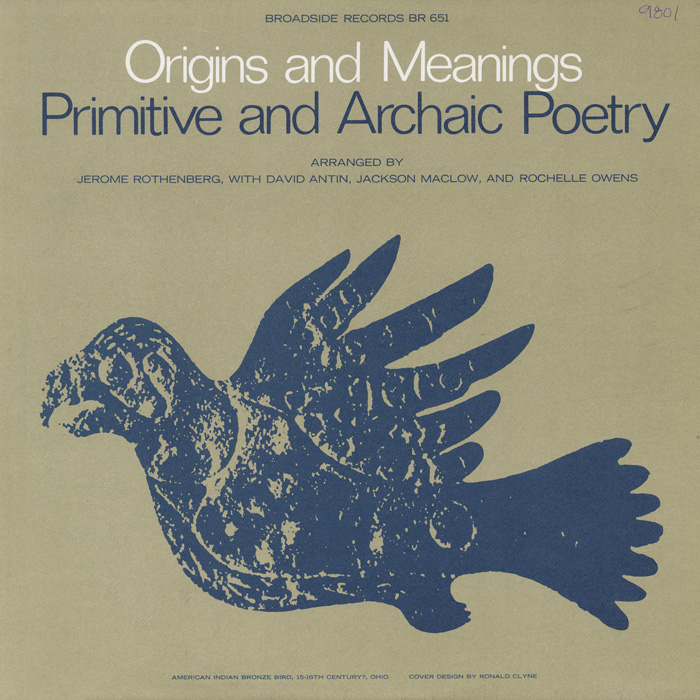 View Cart Custom CD $16.98
View Cart Digital Download $9.99
Poets Jerome Rothenberg, David Antin, Jackson MacLow, and Rochelle Owens come together to recite translations of “primitive” and archaic stories of creation, nature, death, and mourning. Sources of the poems include indigenous groups such as the Gabon Pygmies, the Maori, a number of Native American peoples, classical Indian texts, and various Australian and African peoples. This collection of poems was performed at the Hardware Poets Playhouse and the Metro Coffeehouse in New York City in 1964. Liner notes contain the poem texts and biographical information about the poets.